Narrator- 16 years have passed since Gopi and Ahem were separated after falling from the cliff. The two lovers lose their memories and so both of them begin new lives. Gopi is a Punjabi teacher at a college. Ahem is a Bollywood actor. The new Kausati is about to begin for their Mohabbhat.

Gopi and Ahem are seen romancing. Gopi gets shy and tries to go but Ahem holds her hand. “ Where are you going?” Ahem laughs.

“ Maaji is calling me. Meera is coming back from school.” Gopi says. Ahem brings her closer.

“ You are too busy with housework but you never have time for me.” Ahem says.

“ That is not true. You are everything for me.” Gopi says. Ahem starts singing as he brings Gopi closer.

Suddenly, Gopi wakes up from her dream. She did not who Ahem was and what he meant for her. But she knew that he was someone special. After 16 years, her appearance has changed. She is 39 years old now, not 23 anymore. Gopi hears a bharaat going past her house. Gopi gets sad. In these 16 years, she hadn’t got married. All Gopi believed was that Sarla was her mother and Pragya and Bulbul were her younger sisters. Gopi gets up from her bed. She gets dressed and leaves the room. 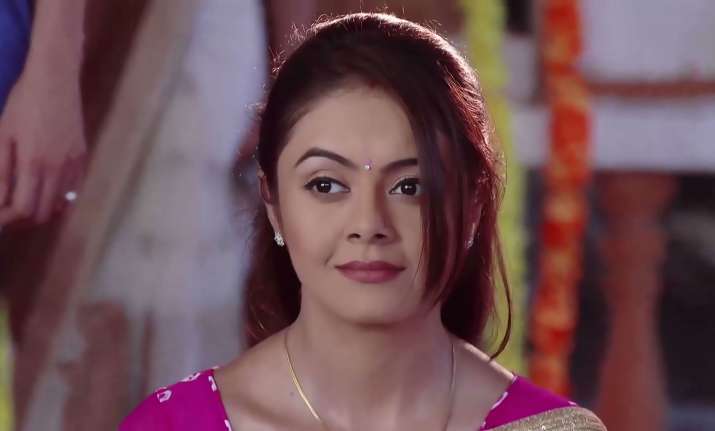 “ Durga! Go and wake up Bulbul! She really annoys me. She has a fashion competition.” Pragya says. Her name wasn’t Gopi anymore. Her name was Durga and she did not know her old name. Durga goes to Bulbul’s room. In Bulbul’s room, her posters were of Bollywood actor Karan Rai Chaudry (Mohammad Nazim). Bulbul was a big fan of Karan. Durga tries to wake her up.

“ Let me sleep. Please. I was dreaming about Karan.” Bulbul says.

“ You have a competition. You need to get up.” Durga says. Bulbul throws the duvet on the floor. Her face is shown (Mrunal Thakur).

“ Oh my god! I completely forgot about it!” Bulbul says.

She runs to the bathroom. Durga starts laughing. Durga sits on the dining table. Sarla arrives and she looks at Durga. Sarla thinks that although Durga is not her daughter, she fulfilled the duties of a daughter and looked after Pragya and Bulbul in these 16 years. Sarla wanted to see Durga happy now. Durga sees Sarla and smiles.

“ How are you Maa? Is Dadi still in hospital?” Durga asks.

“ Yes sorry beta. I left Janki there with her. She will be back soon. Anyways, I want you to go to that competition with Pragya and Bulbul.” Sarla says. 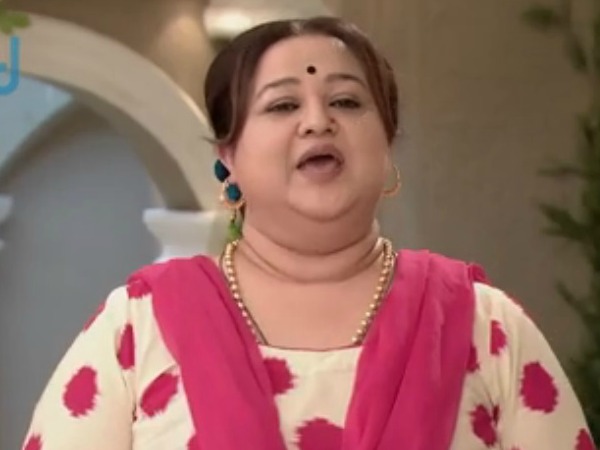 “ You will have fun there and mix up with the other girls. On my kasam?” Sarla says.

“ This is why you are my favourite.” Sarla says. Before they leave, Sarla stops Pragya.

“ You lot go, I am coming.” Pragya tells Durga and Bulbul.

“ Pragya, is the man coming to that restaurant?” Sarla asks.

“ Yes Maa. I messaged him and he will come. We will go there too.” Pragya says. Sarla nods. Pragya goes.

They arrive at the restaurant. Durga gets confused. “ This isnt the competition. Why have we come here?”

“ The competition is in the afternoon. We wanted to eat first. Please.” Bulbul says nervously. Durga agrees. All three of them sit down. Suddenly, the wind blows hard. Durga gets a weird feeling. She hears a footstep. Karan enters the restaurant along with a girl.

Durga turns around but a crowd of fans come and Durga cant see him. Karan goes upstairs.

“ It must be some arrogant man and his girlfriend.” Durga scoffs. Karan sits down on the table with the girl.

“ What do you want to order?” Karan asks.

“ Anything to be honest. I want something exotic.” The girl says. Karan gets suspicious that the girl is a gold digger. A man enters the restaurant (Parth Samthaan). He greets Pragya and Bulbul and he shakes hands with Durga.

“ Durga, this is Parth. He is an engineer and he is one of my college friends.” Pragya says.

“ Nice to meet you.” Durga says to Parth. Parth sits down.

“ Durga, I need to do my makeup. Pragya can come with me.” Bulbul says and they quickly go. Parth and Durga are left alone.

“ So Pragya tells me that you are a teacher at a college. That is so good. I am an engineer at a big technology company. But tell me more about yourself. I want to know.” Parth says. Both of them talk. Pragya and Bulbul are spying.

“ Do you think they make a good Jodi?” Bulbul says.

“ I don’t know! We have to wait and see. Please don’t spoil this or Maa will kill us.” Pragya says.

Upstairs, Karan is getting annoyed by the girl. She kept going on about her holidays and her expensive clothes. Karan decides to get rid of her.

“ Have you read the latest headlines? I am bankrupt. My last movie was a flop!” Karan says jokingly. The girl gets shocked.

“ What? I mean, I hope your movies get better. But, I don’t think we are compatible. I am 25 and you are 41. There is a big age gap. I am sorry.” The girl says.
Downstairs, Durga and Parth are done talking. “ Well, it was really nice talking to you but I want to be honest with you Durga, you are not the type of person I want to marry. There is nothing wrong with you but it has been years since I have been studying and I want something fresh in my life. Look at that girl upstairs.” Parth points up. “ She is the type of girl I want. A very gorgeous and young girl.” Sad music plays. Durga gets tears in her eyes.

“ Yes I understand. It is no problem.” Durga says.

“ I will leave now. I hope we can be friends.” Parth says and he leaves. Durga starts crying. Bulbul and Pragya feel bad.

Upstairs, the girl gets up and goes downstairs. She leaves the restaurant. Karan comes downstairs. A woman is seen arriving and she sees Karan. A vamp tune plays.

“ You ruined this date as well?” The woman says.

“ She was a gold digger.” Karan says.

“ So? You are a famous Bollywood actor. People will only marry you for your fame. That is the truth.” The woman says. Her face is shown. It is Aliya. Dramatic music plays. Aliya is a wearing a red sari. She has aged a bit. Aliya was still evil and she fully knew that Karan was Ahem.

Aliya sees Durga and gets shocked. “ Gopi? Alive? How?” Aliya thinks that if Ahem sees Gopi, he will get his memories back. Aliya thinks of a plan. She grabs a glass of wine. Aliya approaches Durga and spills wine on her clothes. Durga gets up. Aliya gets surprised that Gopi didn’t recognise her.

“ It is fine. I can take care of it.” Durga says. Durga goes to the restroom. Aliya smirks evilly.

“ I don’t know if this Gopi’s humshakal or Gopi with memory loss. I have to find out.” Aliya says. Durga enters the restroom and starts crying even more.

“ Nobody loves me. I will be lonely all my life.” Durga sobs. Aliya looks back and cant find Karan. She gets worried. Karan passes the restroom where Durga is. He hears her crying.

“ Soniye? Are you okay?” Karan says as he knocks on the door. Durga is confused.

“ I heard what you said and I understand your pain. I have been lonely for my whole life. I could have got married 20 years ago but I didn’t. I looked after my family. They were my responsibility. Nobody wants to marry me anymore. But I am sure, you will find your saathiya one day and I will find mine.” Karan says. Durga thinks that this man is exactly like her. She thinks who is he. She opens the door and he is not there. Durga bumps into Bulbul and Pragya.

“ Durga where did you go?” Bulbul asks.

“ I was in the restroom. I know there was no competition. Let’s just go. I am not in the mood.” Durga says and they leave. Aliya and Karan are sat in the car. Aliya smirks evilly. She thinks that she will not let Ahem and Gopi reunite ever again.