Hey all ,here is next episode. Before reading ,I would like to tell that I am not pointing any character ,this is for just an story.

Gehna and Tia come at the gate . Gehna was about to enter then  ,A large crowd stand in line with flowers .

Behind her Kanak and Riya enter from behind , and says Our day got bad now ,.

All starts to tease gehna . Tia was about to tell ,but gehna stops her and they both go inside the classroom .

During lecture too , Kanak and Riya were troubling gehna  but she was Focused in class or lecture.

There is a debate competition in our campus ,those who want to take part can take by registering their name 📛. Their will be also winning prize of 1,00,000/-.

After registering her name ,

Gehna goes infront of car and stand and say – I didn’t tell about anything till now , I Gehna challenge Kanak for debate competition.

Riya- are you sure you will win the debate ?

Kanak- Don’t worry , I know what to do and laughs evilly. 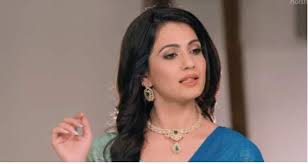 Their chit chat was too long ,and and they have gone to home.

Radhika- I love Anant but always feel attached with Rahul ,I don’t know why? Maybe I love Rahul otherwise it is just a thought . Nevermind .

At Anant s home( after completing work ,he has come to home)

Anant- I need to go for debate competition , so I should sleep now .

Anant just closed eyes and a picture came infront of him. 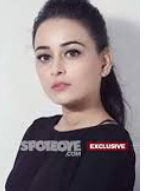 He wakes up sternly and says – I think I am taking stress ,I should call doctor.

Doctor- it is nothing ,but a big problem

Anant- what is it doctor

Gives him fees and sleeps.

Gehna- I have told but do you think I am ready for it ?

Tia- yes you will do the best .

Gehna- oh ha I forgot to text my leave application for tomorrow .

Tia- give I will do.

After typing and sending they both sleeps.

Anant PA – Sir , our new SM has asking for leave.

Anant- what does she want ? Sees the time and says I will see afterwards ,I need to go to college for debate competition .(sry for mistake , but I forgot it was debate not fanfest)

The competition will be in evening.

One by one all gave their speech on the topic of parents . Anant was getting emotional after hearing ,but controlled himself .

And last turn was gehna . After her speech , Anant understand her and think he did so wrong with her .

After the speech of principal ,

The winner is Gehna . Kanak was shocked 😲😲😲. Riya says I have told you na ,now come I have a plan .

Gehna get award from Anant .

Hope you all like it.i didn’t add much images . Pls comment your views . If you want then I can continue it with twist ,it depends on your comment.