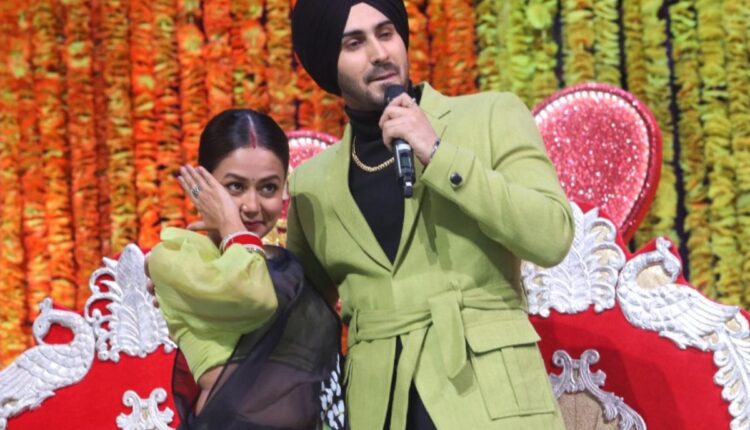 The times are such that reality shows are a super successful concept.  Singing reality show Indian Idol 2020 too has been one of the most entertaining watch of the year. The show is doing well on the TRPs charts as well. As we know in the judges panel we have newly married Neha Kakkar. In the upcoming episode we will see a ‘shaadi special’ setting where Neha Kakkar and Rohanpreet Singh, Bharti Singh and Haarsh Limbachiyaa will be seen on the stage.

This would be the very first time when Neha Kakkar and her husband Rohanpreet would share the stage of the singing reality show for the first time.  Not only that, Rohanpreet also mentioned how proud he and his family are of Neha and her achievements and feels blessed to be on the biggest stage for a singer.

Rohanpreet also told his mother that he feels lucky to be on the stage of this prestigious singing show. After hearing this, Neha Kakkar got emotional and couldn’t stop her tears from rolling down.

Stating his experience of being on the stage of Indian Idol, singer Rohanpreet said, “This is one biggest stage and I am standing on it because of my wife. I feel so lucky. I feel so proud of Neha that whatever she touches turns into gold. I am really glad she is there with me.”

Listening to all this, Neha had tears in her eyes. Don’t forget to catch the episode. The show airs on Saturdays and Sundays at 8pm.