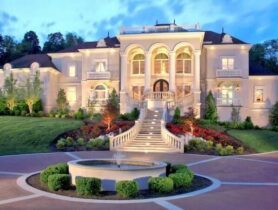 so guys u all can see a big, beautiful, and a white mansion and this Mansion is none other than VR Mansion Inside the mansion Many people were roaming here and there and a lady around 40s shout

From behind a man in his 40s shout

All this scenario was watched by 3 people and they were non other than Ishani,Siya and Aryan (All are positive characters) They burst into laughing but this was not audible to everyone because they UMA was busy in shouting on others and AJAY was busy in listening song. After that all came in room

I: Yes Siya but the problem is Vansh bhai never tries to confess…😢😢 I myself 2-3 times suggested him but he is really stubborn

Trio said: Let’s go otherwise we will be gone

Vansh,deep,Angre and Riddhima was about to enter but Uma stop them and then she started doing aarti After that everyone entered and entering Riddhima touched Uma’s feet and then everyone and Hugged Ishani,Siya & Aryan and Angre & Vansh too did the same but Vansh was lil bit jealousy when Riddhiyan hugged eachother 😛 Deep greeted everyone and hugged Ajay and Rudra. After that everyone was sitting in sofa and vansh was continuously staring Riddhima which went unnoticed by everyone

U: So how much u missed us

I: achha di do u have any BF (mereko ye likhte time bahot hs aarhi thi 🤭)

Everyone was shocked leaving Aryan and Siya Uma slightly slapped her

Thank you for reading

LOVE YOU TO ETERNITY CHAPTER 5