Hello everyone giving only one update today

I wrote this epi in night at 12 to thoda upr niche ho jaye to  mind na kre or comments kre.

He is lying on bed shivering.. Badly

Its been whole freaking day i m locked in my room

I am trapped from both the sides…

Suddenly there is a knock on the door

Plz don’t come near me..

A male voice is heard

Kabir (happy) – Bhai thnq u came
I am so scared

Ragini will kill me

He is shivering badly

Vansh makes him calm down

She wont kill u

She was our frnd why will she kill us..

We didn do anything wrong with her right…

Kabir (shivering) – She threatened me.

She will kill me…

Vansh Makes him calm down..

Suddenly the sound of anklet is heard

Kabir refused several times but vansh drag kabir with him..forcefully stating the fact that he is also scared…(ghnta 😂)

The sound of anklet is heard continuously…

Kava is walking in corridor with baby steps

Kabir is shivering badly and drenched in sweat..while vansh is smirking seeing him like this..

The whole corridor is dark.. making the scenario more worse…

A female whisper is heard

And then she comes 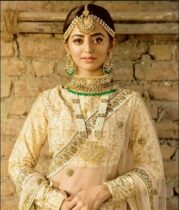 The same style as ragini..

The same way of walking …

Kava moves aside seeing her…

She started dancing gracefully the same way ragini used to do..

She comes near vansh and encircle her arms around him dancing

She goes near kabir and touches him seductively

She started taking rounds in dancing

And fall down in center..

She lift her head slightly

Kabir (stammering) – Stay away from me..

He turns abruptly and gasps

She is standing very close to him with blood shot eyes..

I will write riddhima instead of ragini…

Kabir runs again but riddhima  push him.. Hard and He fell on the floor

Riddhima  (shouts) – U have to pay for ur deeds darling…

See u loved me so much na..

Won’t u give me pleasure now..😉

She again chokes his neck scaring the shit out of him

She moves him more in air..to scare him

Kabir (crying) – Dont kill me ragini plz i am sorry what i did with u..

She lowers her hand and let him fall on floor with thudd!!! Beneath the chandelier

Meanwhile vansh is watching the whole scenario and fuming in anger

After discussing the plan

Vansh(angry)- i want to kill that kabir..

Riddhima- We can’t take law in our hands vansh..

Vansh(angry)- No riddhima he deserves this.

Rest will be his fate..

Kabir fall down with thudddd!!!

Riddhima (smiling)- u want me to leave u..

Even oxygen is not free how can i let u go..

Kabir (happy) -i will do what you say

Riddhima (angry)-Confess all ur crimes and ask for apology from me..

I will.let u go then

I didn’t do any crime…

Riddhima(smiling)- I knew it u won’t do so easily

It’s ok i have special treatment for u..

Riddhima(smiling)- Now what u are going to do..

He joins his hand bowing down in front of ragini.. Crying

I am sorry ragini…

I was always jealous of vansh

He had name fame and everything what i wanted

Then i saw u..and i wanted u with me.

But u loved vansh…

And faked the phone call in front of u..that vansh ordered me to kill u..

He was not at fault i did everything..

Riddhima(with tears)- Just for your desires u killed me ruthlessly.

She points a finger towards the chandelier

Kabir (scared)- What is there.. kya hai waha

Kabir looks upward and shouts on top of his voice

The chandelier fall on him.. taking his soul with it..

Vansh comes from behind the pillar with tears…

Your ginni got justice…

She will be so happy na

Vansh (with tears)- Look kabir what ur deeds served u..

U are the reason of ur own doom

My ginni will be at peace now..

He hugs riddhima and they both cry!!

Vansh (breaking the hug)- U got tired sweetheart go and change.i will ask servants to remove this bastard’s body from here

Vansh reaches to his room And open the door 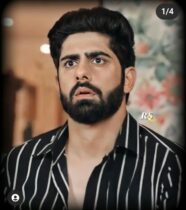