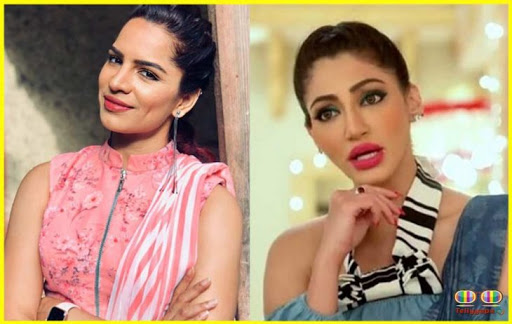 Several shows have announced the air date of their fresh episodes and the makers are looking for various twists and turns in the storyline to again come with a bang. They want the TRPs to soar and they are leaving no stone unturned.

Zee TV show Kumkum Bhagya starring Shabir Ahluwalia and Sriti Jha in the lead roles have also begun it’s shooting. The channel had also announced on their social media that the fresh episodes of Kumkum Bhagya will air from 13th July. However, there are some changes which we can look forward to in the show as it airs again.  The story line too will be a little different this time.

Actress Reyhna Pandit who gained immense love and popularity for her performance in shows like Ishqbaaaz, Manmohini amongst others will join the show. Reyhna will step into the shoes of Shikha Singh and will play the role of Alia Mehra.

As we are already aware, actress Shikha SIngh recently gave birth but the show has to go on. Now Reyhna will step up and essay her role in the show. The Actress confirmed the news to a tabloid and shared that she is doing Kumkum Bhagya. She also added that she has seen Shikha as Alia who has done a wonderful job. She added that Shikha brought her USP to the character while she will bring her own. The Actress also revealed it to the portal that she has already started shooting for the same.

What do you guys think of the above news? Are you guys excited to see Reyhna in this new and exciting avtaar? Do let us know your views on the same in the comments section below.

Awesome!! Eisha Singh to be BACK IN Ishq Subhan Allah