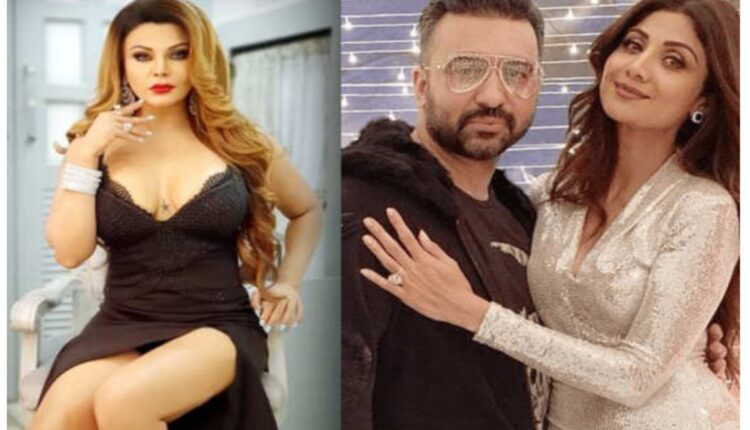 Controversy Queen aka Rakhi Sawant was recently spotted by the paparazzi. After asking the paps to leave her alone somewhere, Rakhi talked about Raj Kundra’s arrest in the alleged pornography case.

Speaking about it, Rakhi Sawant said, “I am not against anyone. Nobody points a gun at your head and makes you shoot pornography. So, please don’t blame anyone. If you sell s*x, people will buy s*x, if you sell talent, people will buy talent. You don’t do such roles nobody will offer you. Nobody is lifting you and asking you to shoot. It’s a free country, people do different kinds of work. There are so many people in the world, who are doing so many things but why is only Raj Kundra being blamed? Because he is a celebrity’s (Shilpa Shetty) husband, a business tycoon? I really feel sad. I won’t say who is innocent or who is the culprit.”

Click on the link here to watch the video.
Giving reference about how Rhea Chakraborty Rakhi said, “The same thing happened with Rhea Chakraborty, she was called the “killer” and it was a huge negative publicity for her. Now, it’s happening with Raj ji.”

She further adds, “He has small kids and we have no right to destroy anyone’s lives. Supreme Court, High Court, Session Court are there to see if he (Raj) is at fault. Why is he being labelled the “accused” way beforehand? If he’s done something wrong, God is there. He did not pick anyone from their home and ask them to shoot. ‘Taali ek haath se nahin bajti hai.’ The people who have shot such films were enjoying themselves while counting the crispy notes, so why are they coming out and speaking up now? I am not against anyone, I am just supporting the truth,”