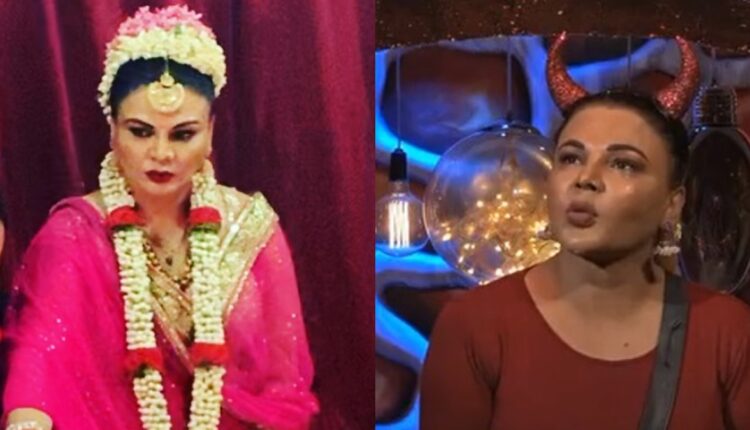 Rakhi Sawant REVEALS that Ritesh is already Married and has a Kid!! SHOCKING!!

Bigg Boss 14 is going through a journey where everyone is witnessing not just the fights and friendships of the housemates but also the insider deets about their personal lives. The show has finally picked up speed and is gaining good ratings too. As we know the finale is approaching in just three weeks, all eyes are stuck on the show to know who will lift the coveted trophy this year.  As we know this week, Rahul Vaidya is the only one safe from nominations this week and rest everyone is nominated.

Nevertheless, action has indeed just begun and tonight we will witness the mega clash between Rakhi Sawant and Rubina Dilaik where the former calls Abhinav Shukla a tharki. While this explosive side will be seen, Sawant will also end up revealing many things about herself.

All this time, Sawant has been tight-lipped about her marriage and not much is known about her husband Ritesh too. But tonight we will finally witness a mega revelation by Sawant herself. The precap showed that Sawant will go on to reveal that her husband Ritesh is actually already married and not just that he also has a kid apparently. Yes. That’s right.

Sawant, while breaking down and crying inconsolably to Rahul Vaidya will reveal the above and it is indeed quite shocking to say the least.