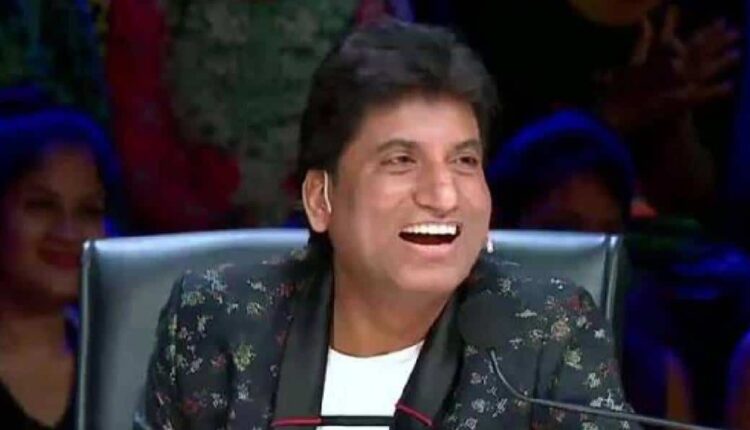 Raju Shrivastava passes away at the age of 58

Raju Shrivastava passes away at the age of 58.

Comedian and actor Raju Srivastava, who became a household name with his ‘Gajodhar Bhaiyya’ persona, breathed his last on Wednesday, September 21, at the age of 59. The popular comedian battled for his life for 43 days.

He was rushed to All India Institute of Medical Sciences (AIIMS) on August 9 after he complained of chest pain and collapsed in ta South Delhi gym where he was working out. He was moved to the Intensive Care Unit where he was put on a ventilator. According to the doctors, Raju had suffered brain damage.

Born on December 25, 1963, Satya Prakash Srivastava aka Raju Srivastava who hailed from Kanpur, UP made his way to the hearts of millions of Indians with his stint in the Great India Laughter Challenge.

Raju Srivastav was in ICU for over a month before passing away at 58 due to complications post heart attack.

For the unversed, Raju made his debut in the entertainment industry with movies. He has been a part of many films such as the 1989 Salman Khan-starrer ‘Maine Pyaar Kiya’, where he essayed the role of Shambhu, a house help. He then appeared in Shah Rukh Khan’s defining film ‘Baazigar’, which was released in 1993. He was also seen in movies such as ‘Aamdani Atthani Kharcha Rupaiyaa’ (2001), ‘Main Prem Ki Deewani Hoon’ (2003), ‘Big Brother’ (2007) and ‘Bombay To Goa’ (2007), among many others.

However, his big breakthrough came in 2005, with the first season of ‘The Great Indian Laughter Challenge’, which established him as a stand-up comedy.

He is survived by his wife Shikha and children Antara and Ayushman.