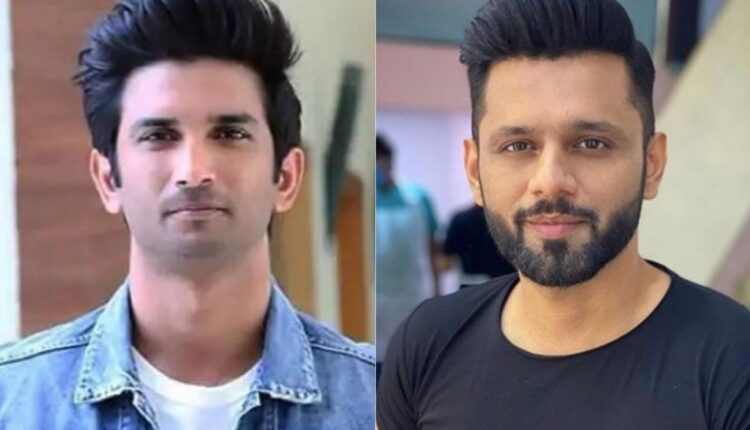 Bigg Boss 14 runner-up Rahul Vaidya is very often making it to the headlines these days. Sometimes it is because of his remarks back at Carry Minati, sometimes for his lady v Disha Parmar and other times for him being a part of stunt based reality TV show Khatron Ke Khiladi. Today however, none of the above is the reason for him to be in news except of the fact that he is remembering late actor Sushant Singh Rajput in a heart touching post.

Ahead of Sushant’s death anniversary, the singer recently took to his Twitter handle and shared that he misses Sushant. He requested him to always be there in memories. Rahul also revealed that he has wanted to say this out loud for a long time.

Popular TV, and Bollywood actor Sushant passed away on June 14, 2020.  The popular actor’s sudden and untimely demise raised several questions. And the CBI and NCB are still investigating the case. And it was not just a loss for the Bollywood industry but for the entire nation. Millions are still mourning his loss and are fighting for justice to be served to him

SAIBO – A TWINJ ONE SHOT