Suraj Bharadwaj : Smart and intelligent businessman who is very obedient son. Loves his fiancé Elina very much and his younger brother Kabir 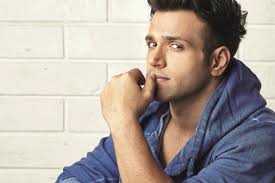 Elina Sharma : Straightforward and modern girl who runs NGO for women’s justice. She does not tolerate any sort of nonsense and violence against female 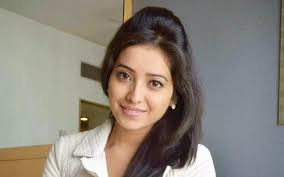 Kabir Bharadwaj : Young and charming guy living his life freely. Loves his brother more than anything. Considers Elina as his idol and guide as she saves him from his brother

Omisha Malhothra : Younger sister of Prithvi who is unknown to Luthras and Arora. She is wicked and ruthless on professional and personal sides. Achieves her desire by hook or crook without thinking about consequences 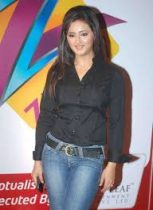 Arjun Sinha ; Hailing from very upper background who uses shortcuts to find ways. He is often shunned by his parents due to his bad behavior with others. Starts working for Prithvi to ruin Luthras 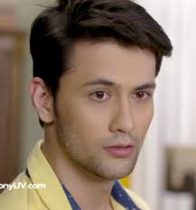 Karan : which flavor you want?

Karan : wait wait, give some break I am not ice-cream vendor

Preeta : what a weather, I miss Nasik that house, every moment

Karan : and your dad?

Preeta gets emotional hearing about her dad after long time

“You know after long time I heard about dad he meant everything to us, he left us when we needed him most” Preeta sheds tears

Karan (holds her shoulder) : he is still with you  look up to those stars

Preeta : thank you for being my best friend, I cannot imagine my life without you, after so many days I feel like fresh air

Karan : but you have to give me a promise

Preeta : just ask me once

Preeta : I promise I will trust you more than anything (hugs him)

Karan : baby doll I was thinking lets go somewhere for a trip this whole drama made me stressed out

Preeta : I wish I could say we can to Nasik but now we have nothing there

Piyali : with so much effort mom sent me and Anu to cape town with nanu but after few months news came about her conviction, only in some moments we became orphans mom could not tolerate all humiliation, trust me she have not killed your uncle purposely

Rishab remains speechless with her story

Piyali : for whole world I am very strong girl but inside I am a weak and broken person who have no desires left, only a responsibility that I have to fulfill (says in broken voice)

Rishab wipes her tears gently making her quite emotional

Rishab gets hesitant to reciprocate seeing her breakdown. She is not willing to leave his safe arms soon.

Rishab : Its okay (holds her tightly)

Karan : thats bhai’s car, what is he doing here? aunty is not here right

Preeta : yea even Shrishti is not there

Karan : maybe he came to meet Piyali, tomorrow she is leaving, you know I really feel both are compatible see in early age they got responsibility

Preeta : but this relation is not possible

Karan : why not just because she does no have family or money

Preeta: lets be reasonable, first of all your Kareena bua okay she accepted us but no way she will ever accept Piyali let alone bride of Rishab she won’t even forgive them

Karan : whatever happened was not her fault, maybe her mom might have done it

Preeta : I am not with Kareena aunty on this, doctors are responsible but not to this extent

Karan ; more than you I am concerned about bua I mean come on she is like my parent

Rishab comes out seeing them together

Rishab ; what are you doing here?

Karan : I can ask same question to you

Rishab : don’t be smart with me, I am your brother okay

Karan : no no you are not my brother but my step mom (laughs but stops seeing Preeta)

Preeta : are you done now?

Sameer Shrishti come there at the same time

Preeta : welcome only you two were missing, where are you coming from

Karan ; where do you think? see their faces its glowing

Rishab : if you are done can we move back to home mom is waiting

Shrishti waves him from door smilingly

Preeta : he left now you also come, tell me something why is your face glowing

Anu : when my own sister has not been able to do that in years poor Preeta di how will she

Shrishti : but I know exactly how to do that (finds her stick)

Anu : help me please (feigns innocence) you cannot do this torture on small kid

Shrishti : oh thank god you reminded me but you know problem is you are not a kid but a demon in form of human

Piyali : if someday you all come to Cape town meet me

Preeta : for sure, because Karan promised me he will take to international flight when he get selected for his match

Piyali : do you love him?

Preeta is frizzed with her question when she is herself not aware of those feelings.

Piyali : I know but there is a time in life when even stone hearted person’s conscience change for good

Preeta : you know him for a while did you never felt same way

Piyali ; only if I had time to think about those things in life

Rishab ; here is your boarding pass, and thank you again

Karan : hey champ don’t forget us and I will miss you (gives her gift)

Anu : thank you Karan Sir (hugs him) I will take this precious moment with me

Rishab (bends down to talk with Anu) : one more thing don’t ever lose this side of yours

Rishab :take care of yourself and your sister

Anu : I always prayed to god if I had brother then my sister never had to see this day today finally he listened to me

Rishab : and this brother will always be with you (kisses her forehead)

Piyali : we should start going, its time to check in

Everybody waves them. Piyali and Anu boards the flight

Akshay calls Kritika to meet outside for a date which she agrees hesitantly.

Kritika : thank you, why suddenly is everything okay

Akshay : why? you don’t like company of your fiancee

Kritika : its not like that you are getting me wrong I was just asking

A girl enters the house with glasses and wearing leather jacket. She hugs Prithvi happily

Prithvi : finally you are here, thanks for coming, best sister of mine

Omisha ; anything for you brother, now just tell me whats the plan

Prithvi : I want to settle scores with those Luthras and Aroras

Omisha ; now I am here just wait and watch if I don’t bring them down in your feet

Prithvi : but I have condition, nothing should happen to my Preeta, you do whatever you want but I want that girl

Omisha : relax bhai (gets glass of wine), first I will win their confidence and trust, I won’t repeat the mistake you did, nobody will doubt me either

Both cheers with champagne