And TV’s new show Perfect Pati premiered on 3rd September 2018. The show has got a decent beginning. It marks the television debut of veteran actress Jaya Prada. The story is set in Rajasthan. It revolves around a middle-class girl Vidhita who marries a rich guy, Pushkar Rathod. She expects him to become a perfect husband. She has her own dreams regarding her husband. She falls for Pushkar after seeing his idealistic image. She is completely opposite of Pushkar She soon realises that her husband isn’t perfect as per her expectations. She faces Pushkar’s harsh behavior. 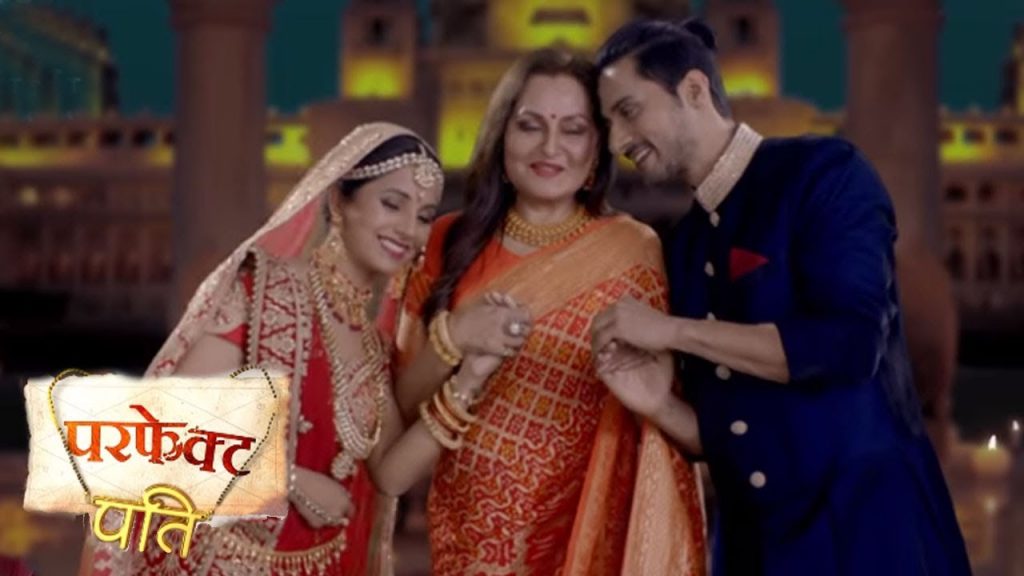 Vidhita’s life goes through many ups and down. She struggles in her marriage. Pushkar’s mother Rajshri helps her in making the relation survive with hope. Rajshri finds her son an ideal guy, but realizes that he isn’t an ideal husband. Rajshri wants Vidhita’s happiness equally. She respects and loves Vidhita as she values her son. The show puts light on the qualities a girl expects in her perfect husband. 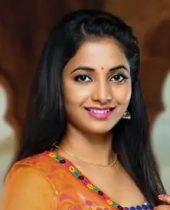 Vidhita is a young, simple, charming person. She lives with her sister’s in-laws. She is educated, independent and optimistic. She has set few dreams about her life partner. She is deeply rooted in traditions, but has a modern mindset. She wants such a husband who supports her and fulfills responsibility towards her by love. She expects Pushkar to be kind-hearted person. Vidhita wants a friend in her husband so that she can share her problems with him. Vidhita believes Pushkar has all the qualities of a perfect life partner. She knows the importance of relationships. She holds good values, by which she wins Rajshri’s heart. Vidhita gets much support and honour by Rajshri. She also impresses Pushkar by her genuineness. Vidhita wishes to have the same freedom after her marriage, like she was raised by her elder sister Nivedita. Vidhita falls in love with Pushkar. 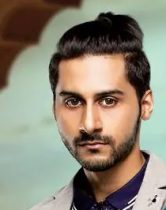 He is a handsome, rich, aggressive, and over-protective person. He is a complete control freak and menace. He wants to dominate everyone. He lives with his mother and sister. He wants women to stay in their limits set by the societal customs. He doesn’t want his family women to get disgrace for him. Pushkar wants everyone to change around him, but doesn’t want to change himself. He believes in punishing people who does wrong, according to him. Pushkar keeps his idealistic image in front of the world. He doesn’t leave any clue behind of his misdeeds. He wants a wife who knows her right place in his life. He wants his wife to obey him and live her life on the terms set by him. Pushkar doesn’t like to share his life with anyone. Pushkar believes that perfect husband is one who moulds his life partner into a perfect wife. He feels he has all the rights on his wife. His way to express love is distinct. He is very unpredictable. 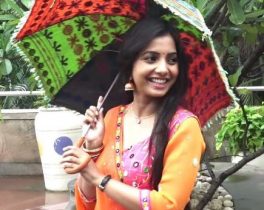 Vidhita is introduced as a bubbly and caring girl, who stays with her sister Nivedita and brother-in-law Ashwin. Ashwin’s mother doesn’t like Vidhita much. She cares for her own daughter Bela’s future. Vidhita is Bela’s good friend. She always keeps Bela’s heart. Bela stays confused over her attires and make up. She appears childish and less sensible, which worries her mother. Vidhita is much pampered by Ashwin, who regrets for her marriage alliance breaking two years ago. Ashwin wants to get Vidhita married in a good family. Vidhita visits the village fair. She crosses paths with the rich and good-hearted lady Rajshri. Vidhita takes part in the Perfect Pati contest, which Rajshri judges. 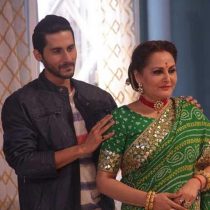 Vidhita puts her life in risk to save Rajshri. She connects with Rajshri on their first meeting. Rajshri finds her good-valued. On hearing Vidhita’s good thoughts during the contest, Rajshri gets influenced and decides to meet Vidhita’s family to talk about Vidhita and Pushkar’s alliance. On the contrary, Pushkar is introduced as Rajshri’s overprotective son. He gets angry when his sister Meera wears modern clothes. He burns all of her modern clothes, and buys a big range of traditional clothes for her. Rajshri and Meera find Pushkar too caring. He hides his menacing acts by his charming personality. 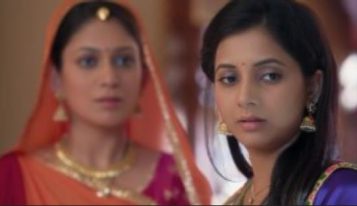 Pushkar expresses his choice of life partner to a girl and rejects her proposal. He berates the girl for her low values. Vidhita and Pushkar have different views on marriage and life partner. Vidhita wins the contest. She makes her family feel proud. Rajshri contacts the village priest and expresses her wish of getting Pushkar married to Vidhita. The priest calls Ashwin’s mother to inform about the alliance for Vidhita. Ashwin’s mother gets disappointed that Vidhita is always given priority. She lies to the family that the alliance is for Bela. Ashwin still wants the family to meet Pushkar and then proceed the talk. 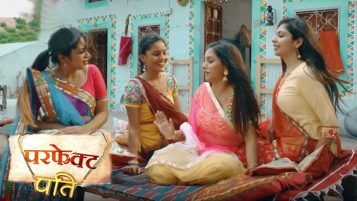 Rajshri and Meera tell Pushkar about Vidhita, who appeared perfect for him. Pushkar sees Vidhita’s photo. He gets interested in meeting her. He tells Rajshri that he believes in her selection. Pushkar takes Rajshri and Meera for dinner. A waiter praises Meera, which angers Pushkar. Pushkar blows chilli powder in the waiter’s eyes and punishes him for being over friendly with Meera. Pushkar threatens the waiter. He covers up his act in front of Rajshri. Pushkar gets impressed with Vidhita on knowing how she saved Rajshri’s life. He prepares to meet Vidhita, while Ashwin’s mother wants Pushkar to marry Bela. 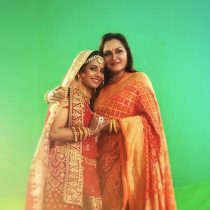 The story line is very pacey and interesting. The characterizations are strong and yet subtle. There hasn’t been anything that goes over the top. The show remains a simple family drama, with a twist about Pushkar’s menacing acts to protect his family in his unpredictable ways. Pushkar’s character is the only one which adds the intriguing factor. Rajshri and Vidhita’s characterizations are strong, sweet and understandable. One can relate with the story and characters well. Vidhita’s life becomes a roller-coaster ride after her marriage with Pushkar, whose true colours gets known to her. Vidhita faces her unidealistic marriage and its dire consequences. Rajshri steps ahead to support her daughter-in-law. She manages both the roles of a mother and a mother-in-law. 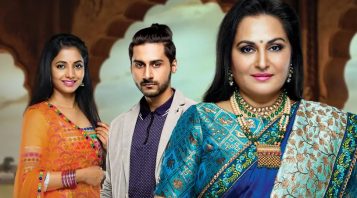 The show aims to give a new definition of a mother-in-law, who can go to any extent to protect daughter-in-law’s happiness. And TV has been bringing path-breaking shows having sensitive topics as seen in Meri HaniKarak Biwi and Mitegi Lakshman Rekha. This show is also a good attempt, where one has to judge if a perfect son can become a perfect husband. Coming to cast, Jaya Prada makes her TV debut with this show. She is wonderful as Rajshri. She has a strong screen presence. Ayush Anand shines in silently intense, dark and crazy character of Pushkar. He speaks more by his expressions. Ayush is the right choice for the grey character. He has been impressive in the initial episodes. His chemistry with Sayali has also been good so far. Sayali as Vidhita really fits into the small-town girl role.

Viewers might connect with this show, only for its intriguing concept. The show highlights on the parameters set for finding a perfect husband. With a good cast, it holds a fresh appeal.