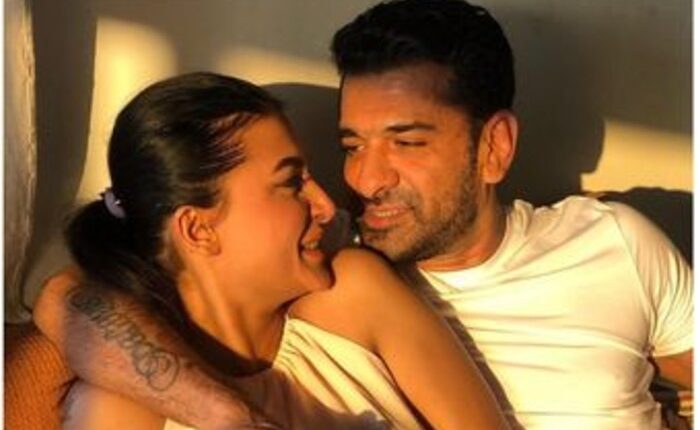 Bigg Boss 14 fame Pavitra Punia shot to a new pinnacle of success after her stint in the reality show. She and Eijaz KHan became love birds in the show itself and even after the show was wound up, the two continued their journey together. Many a times, the duo was spotted by the shutterbugs around the city for a work-related meeting. The media finally caught her and she answered all their questions patiently.

Pavitra was asked about her marriage with boyfriend Eijaz Khan by the end of this year. The Bigg Boss 14 contestant laughed about it and said that it isn’t happening anytime soon, and whenever it happens, she will inform the media first.

The actress said, “Whenever the marriage date is fixed. I will hand over the first invitation to you’ll (media). Let there be a little suspense. We know that our fans are waiting but after marriage, we also have to raise kids and we need financial stability for it. Expenses have skyrocketed and we need to prepare ourselves for it. Let us earn, let us work and then let us go ahead.”

Many Bigg Boss jodis are seen doing music videos together and Pavitra, Eijaz haven’t done any yet. Pavitra explained how Eijaz Khan’s ‘Dilli Ki Sardi’ song is still fresh in people’s minds, and they are looking for something like that to stick in the minds of the audience. Pavitra said, “That is maybe because we are very choosy. If you must have heard Eijaz’ ‘Pyaar tera dilli ki sardi’ it is a forever song. So, we want that whatever song we do, it should be a forever song that when the audience hears it, it continues to stay in their minds as a forever melody. We are waiting for that right thing to come.”

In this video, Pavitra Punia seemed very happy and prayed that her work meeting turns out to be successful.

Speaking about their love story, Pavitra Punia and actor Eijaz Khan met each other inside the Bigg Boss 14 house. They two were often pitted against each other and their aggressive as well as soft sides were shown to the audience. Pavitra and Eijaz’ fights and love towards each other had one thing in common, ‘passion’.

Pavitra had professed her liking towards Eijaz inside the house whereas the latter realised his undying love towards her after she got evicted from the house. They both have met each other’s families and are head over heels in love with each other.