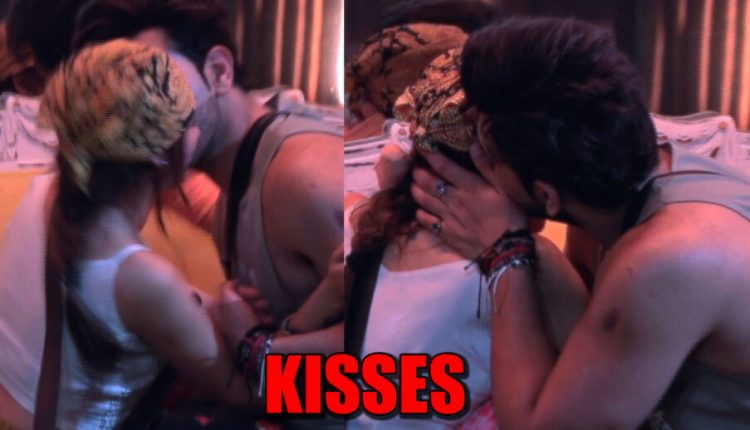 Paras Chabbra and Mahira Sharma KISSING!! Is this for REAL?? Akanksha Puri REACTS

Paras Chabbra is grabbing all the eyeballs with his controversial stint in Bigg Boss 13. He is stirring up questions on his relationship with Akanksha Puri and what last night’s promo showed, had us shocked. As we know Paras Chhabra and Mahira Sharma are great friends and their friendship has been put to test many times in the show too.

Now it seems that they want to take things a little ahead. In the promo shared by the makers, it is seen that the two were cosying up. Tonight they will be seen kissing as Paras will take the lead.

Reacting to the kiss, Paras’ girlfriend Akanksha Puri has given a statement to a leading portal and said,”Now, even I have started doubting that he has been either playing there for three months or playing with me from three years. I guess my suggested idea is proving heavy to me. Still, I want to wait for him to come out and talk as he left on a very different note. I don’t want to jump to any conclusion.”

Have a look at the promo:

Do let us know what do you think? Is it all a game plan or for real?