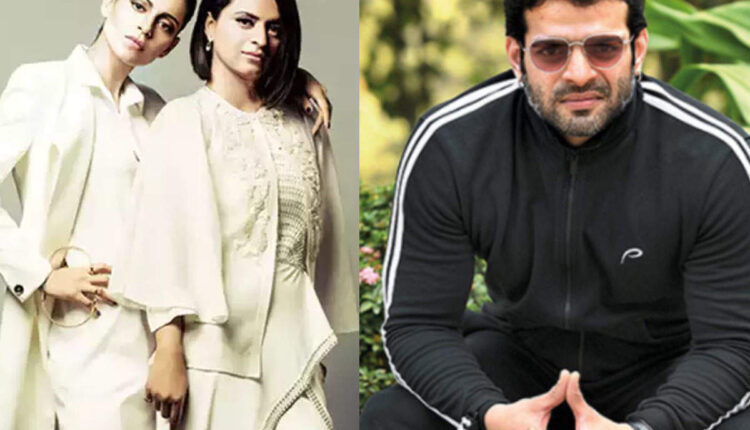 Kangana Ranaut is a name which is very often found surrounded with controversies. Sometimes it is because she says something or does something which irks people or sometimes her sister Rangoli Chandel takes the baton.

Be it Ranaut’s comments on several issues or Chandel’s scathing replies, the two are always a part of a conversation. Recently, Ranaut’s tweet on oxygen and planting trees received quite the flak and TV actor Karan Patel was one of them who responded to it.

Patel has also been vocal about things and issues, also especially when it comes to Ranaut. Patel’s story about Ranaut’s tweet where he called her the ‘most hilarious stand-up comedian’ was reaponded by Chandel. She called him ‘a bojh (burden) on Mother Earth’. She also went on to call Karan ‘the most nalla person’. Chandel wrote, “And u r the most Nalla Person this country has ever produced ,who has not done anything for the environment… who is just a bojh (burden) on Mother Earth have some gratitude & feel better !! @karan9198.”- 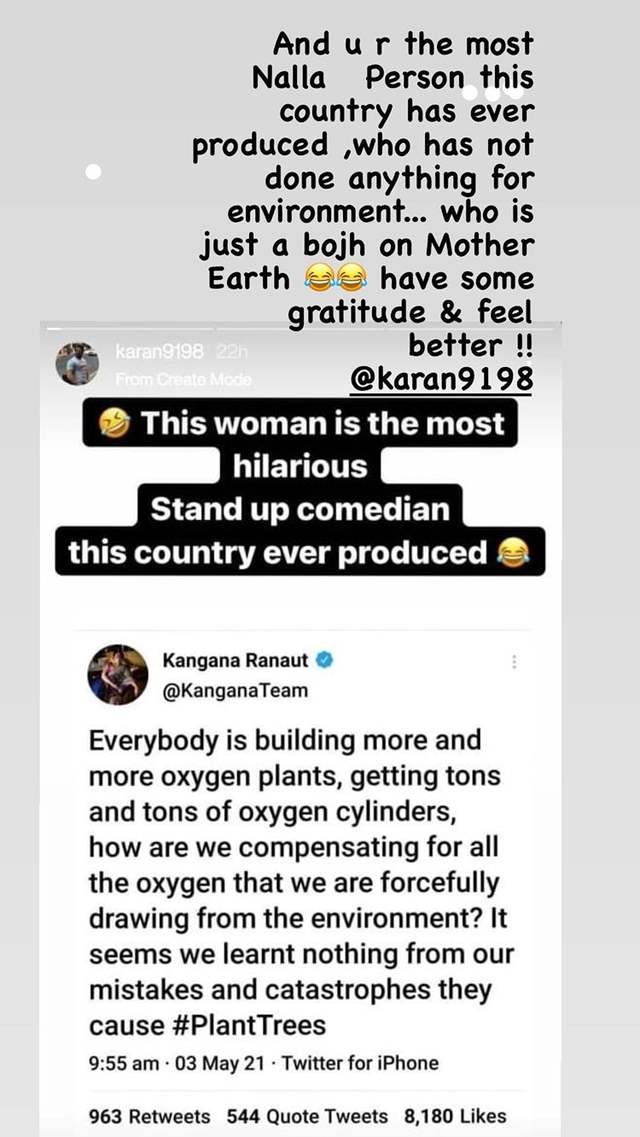 Considering Patel has be constantly vocal about his take on Ranaut and other things, we wonder if he will respond to this.

Nikki Tamboli all set to join Khatron Ke Khiladi 11, says she will do it for her brother