Samiksha: You finally agreed that it is your fault?

She looks at her phone

Samar: Haan.. look at your phone.. I am also getting late.. I have to take a job interview for interior designing..

Samiksha: (in mind) I hope he is not going where i’m going…

Receptionist: Ok great, your interview taker is waiting in that office. You may go now.

Samar: OK give me two minutes..

Samiksha in mind:  Hai Bhagwan! Why did you make him take my interview?? Now he will reject me for sure..

Samar: Please have a seat

Samar: Now.. do you think you will get this job?

Samiksha: B-because I sho-shouted at you but I didn’t know you were t-taking my interview..

Samar: Forget that.. I saw your reports.. your in Ms-

Samar: One thing though… I don’t like anyone calling me sir at work.. so just call me Samar ok? 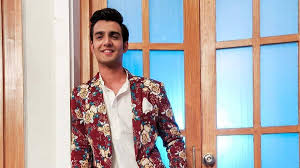 Samar remembers the time he spent with Nandini, and how she left him..

FB:
Samar and Nandini are in the park.. sitting on a bench..

Nandini: Samar.. we love each other.. but

Samar gets upset and leaves from the park

Adhik: Har ladki Nandini jaisi nahi hai Samar.. eventually you found out she loved Rohan.. she only pretended to like you.. but if you love- woh what is her name again?

Adhik: Yeah Samiksha.. if you liked her the first sight although her arguing with you, just propose to her na?

Samar: What if she says no?

Adhik: Tell her that new people who start work here get a free dinner coupon from any restaurant they like.. and if you are lucky, she might ask you to come with you..

Samiksha is standing there (boys are unaware she just entered)

Samiksha: Samar.. what work do I need to do?

Samar: Just one minute.. (he signals to Adhik to go)

Samiksha: Nice to meet you too

Samar: I will give you designed files, also when new people come we allow them to have a free dinner whenever they come during that year they join.. so (gets coupon) this is yours..

Samiksha: Will I have to go alone?

Samiksha remembers a horrible past, but doesn’t say anything..

Samiksha is walking to the taxi stand..

A man with his taxi comes and picks her up and takes her to an office instead of home.

The man is called Mr Dholakia..

Dholakia comes close to her.

Samiksha: What are you doing.. leave me! She remembers how Naira,  Akshara, Aarohi and Kartik came to rescue her..

While Akshu and Aarohi take Samiksha out and into the Randhawa’s car, Naira and Kartik beat Dholakia.

Kartik: How dare you beat my sister.. that day you.. you did same with my Naira now my sister? I won’t leave you for this DHOLAKIA!

Naira finds a broom and gives one to Kartik and they both beat him more. Later, the two call police.

Police Officer: Thank you so much ma’am and sir, you caught him, we police have tried to catch him before but he escaped.. And you Dholakia.. will you speak or do you want more sticks?

Samiksha, thinking about it gets scared again.. so she jumps when the light goes out and the door gets locked of the room..

She faints and falls on Samar

Samiksha gains conscious after being called a few times.

Samiksha: Yes.. I am fine

Samar: Don’t lie.. you got scared when the lights went out.. when I told about coupon..and then you fainted.. batao kya hua? I won’t tell anyone, and I will help you if needed..

Samiksha: W-when y-you said about the dinner.. I remembered when a taxi driver had m-molested me… and before me m-my b-bhabhi.. s.so I got scared of going alone..

Samiksha: If you don’t want to come then don’t but I would like for you to come w-with me..

Samar: Sure.. just tell me when you want to go..

They both leave to go to a restaurant.

Samar: I need to tell you something..

Samar: I know we argued this morning.. and I didn’t say then.. but I l-love you

Samar: What about your parents?

Scene Freezes on SamaKsha. (I could not think of a good name, but if you all can, please comment!)

In front of Designer Shop:

Kabir: I need to tell you something..

Kabir: Will you be my life partner?

Divya: You were ar-

And they start their relation

After sometime, Divya is walking, when a man starts walking after her. Kabir sees this.

The man: Oyeee move! let me see my wife!

Precap: SamaKsha’s romantic date. Do Akshu and Aarohi know the truth of Samar and Samiksha?

Life is Life when your family is with you..

From The Day I Saw You Ft Riansh and Jabir (Intro)