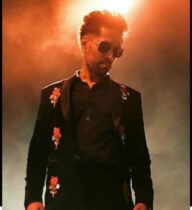 I, Shivaansh Singh Oberoi, suppose that the high-water mark of my youth in Shimla, was the night the bed fell on my younger uncle, Rudra Singh Oberoi, It makes a better recitation than it does a piece of writing, for it is almost necessary to throw furniture around, shake doors, and bark like a dog, to lend the proper atmosphere and verisimilitude to what is admittedly a somewhat incredible tale. Still, it did take place. 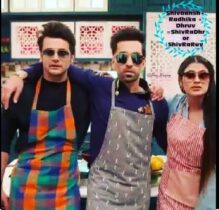 It happened, then, that we all Oberoi cousins decided to visit our younger uncle’s house and my uncle had decided to sleep in the attic one night, to be away where he could think. 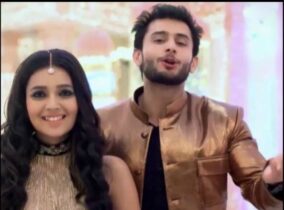 My aunt, Bhavya Singh Oberoi opposed the notion strongly because, she said, the old wooden bed up there was unsafe: it was wobbly and the heavy headboard would crash down on uncle’s head in case the bed fell, and kill him. There was no dissuading him, however, and at a quarter past ten he closed the attic door behind him and went up the narrow twisting stairs. We later heard ominous creakings as he crawled into bed. 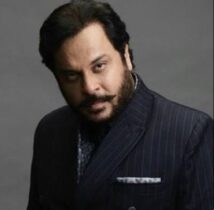 Grandfather, Tej Singh Oberoi who usually slept in the attic bed when he was with uncle and aunt, had disappeared some days before. (On these occasions he was usually gone six or eight days and returned growling and out of temper, with the news that the Government was run by a passel of blockheads). 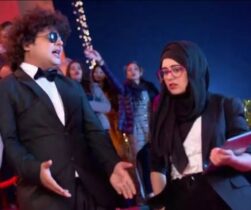 As we three cousins i.e me, Radhika Singh Oberoi and Dhruv Singh Oberoi had visiting our uncle’s house, Avi, my manager also ask me to accompany us. Avi, who believed that he was likely to cease breathing when he was asleep. It was his feeling that if he were not awakened every hour during the night, he might die of suffocation. He had been accustomed to setting an alarm clock to ring at intervals until morning, but I persuaded him to abandon this. He slept in my room and I told him that I was such a light sleeper that if anybody quit breathing in the same room with me, I would wake instantly. He tested me the first night—which I had suspected he would—by holding his breath after my regular breathing had convinced him I was asleep. I was not asleep, however, and called to him. This seemed to allay his fears a little, but he took the precaution of putting a glass of spirits of camphor on a little table at the head of his bed. In case I didn’t arouse him until he was almost gone, he said, he would sniff the camphor, a powerful reviver. Avi was not the only person of my life who had this crotchets. Asiya, my publicist suffered under the premonition that she was destined to die on South High Street, because she had been born on South High Street and married on South High Street. 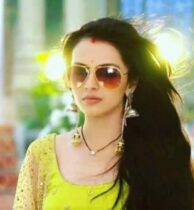 Then there was My Aunt, Gauri Singh Oberoi (who could whistle like a man, with two fingers in her mouth), who never went to bed at night without the fear that a burglar was going to get in and blow chloroform under her door through a tube. To avert this calamity—for she was in greater dread of anesthetics than of losing her household goods—she always piled her money, silverware, and other valuables in a neat stack just outside her bedroom, with a note reading: “This is all I have. Please take it and do not use your chloroform, as this is all I have.”. 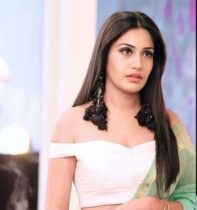 My mother, Anika Singh Oberoi also had a burglar phobia, but she met it with more fortitude. She was confident that burglars had been getting into her house every night for forty years. The fact that she never missed anything was to her no proof to the contrary. She always claimed that she scared them off before they could take anything, by throwing shoes down the hallway. When she went to bed she piled, where she could get at them handily, all the shoes there were about her house. Five minutes after she had turned off the light, she would sit up in bed and say “Shivaay!” my father, who had learned to ignore the whole situation, would either be sound asleep or pretend to be sound asleep. In either case he would not respond to her tugging and pulling, so that presently she would arise, tiptoe to the door, open it slightly and heave a shoe down the hall in one direction and its mate down the hall in the other direction. Some nights she threw them all, some nights only a couple of pairs.

But I am straying from the remarkable incidents that took place during the night that the bed fell on younger uncle. By midnight we were all in bed. The layout of the rooms and the disposition of their occupants is important to an understanding of what later occurred. In the front room upstairs (just under uncle’s attic bedroom) were my aunt and my cousin Radhika. Avi and myself were in a room adjoining this one. My cousin Dhruv, who sometimes sang in his sleep, was in a room across the hall from ours. Our bull terrier, Disco, slept in the hall.

My bed was an iron cot, one of those affairs which are made wide enough to sleep on comfortably only by putting up, flat with the middle section, the two sides which ordinarily hang down like the sideboards of a drop-leaf table. When these sides are up, it is perilous to roll too far toward the edge, for then the cot is likely to tip completely over, bringing the whole bed down on top of one with a tremendous banging crash. This, in fact, is precisely what happened, about two o’clock in the morning.

Always a deep sleeper, slow to arouse (I had lied to Avi), I was at first unconscious of what had happened when the iron cot rolled me onto the floor and toppled over on me. It left me still warmly bundled up and unhurt, for the bed rested above me like a canopy. Hence I did not wake up, only reached the edge of consciousness and went back. The racket, however, instantly awakened my aunt, in the next room, who came to the immediate conclusion that her worst dread was realized: the big wooden bed upstairs had fallen on uncle. She therefore screamed, “Let’s go to your poor uncle! ”

It was this shout, rather than the noise of my cot falling, that awakened my cousin Radhika, in the same room with her. She thought that aunt had become, for no apparent reason, hysterical. “You’re all right, aunt!” she shouted, trying to calm her. They exchanged shout for shout for perhaps ten seconds: “Let’s go to your poor uncle!” and “You’re all right!” That woke up Avi. By this time I was conscious of what was going on, in a vague way, but did not yet realize that I was under my bed instead of on it.

Avi, awakening in the midst of loud shouts of fear and apprehension, came to the quick conclusion that he was suffocating and that we were all trying to “bring him out.” With a low moan, he grasped the glass of camphor at the head of his bed and instead of sniffing it poured it over himself. The room reeked of camphor. “Ugf, ahfg!” choked Avi, like a drowning man, for he had almost succeeded in stopping his breath under the deluge of pungent spirits. He leaped out of bed and groped toward the open window, but he came up against one that was closed. With his hand, he beat out the glass, and I could hear it crash and tinkle in the alleyway below. It was at this juncture that I, in trying to get up, had the uncanny sensation of feeling my bed above me! Foggy with sleep, I now suspected, in my turn, that the whole uproar was being made in a frantic endeavor to extricate me from what must be an unheard-of and perilous situation. “Get me out of this!” I bawled. “Get me out!” I think I had the nightmarish belief that I was entombed in a mine. “Gugh!” gasped Avi, floundering in his camphor. 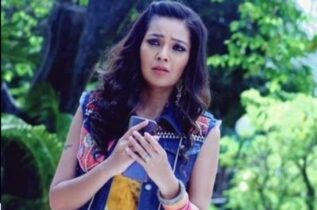 By this time my aunt, still shouting, pursued by Radhika, still shouting, was trying to open the door to the attic, in order to go up and get my uncle’s body out of the wreckage. The door was stuck, however, and wouldn’t yield. Her frantic pulls on it only added to the general banging and confusion. Dhruv and the dog were now up, the one shouting questions, the other barking.

Uncle, farthest away and soundest sleeper of all, had by this time been awakened by the battering on the attic door. He decided that the house was on fire.

“I’m coming, I’m coming!” he wailed in a slow, sleepy voice—it took him many minutes to regain full consciousness. My aunt, still believing he was caught under the bed, detected in his “I’m coming!” the mournful, resigned note of one who is preparing to meet his Maker. “He’s dying!” she shouted.

“I’m all right!” Avi yelled, to reassure her. “I’m all right!” He still believed that it was his own closeness to death that was worrying aunt. I found at last the light switch in my room, unlocked the door, and Avi and I joined the others at the attic door. The dog, who never did like Avi, jumped for him—assuming that he was the culprit in whatever was going on—and Dhruv had to throw Disco and hold him. We could hear uncle crawling out of bed upstairs. Dhruv pulled the attic door open, with a mighty jerk, and uncle came down the stairs, sleepy and irritable but safe and sound. 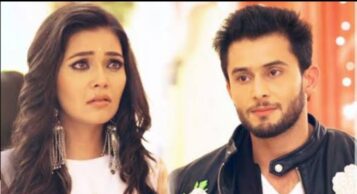 My aunt began to weep when she saw him. Disco began to howl. “What in the name of God is going on here?” asked uncle.

The situation was finally put together like a gigantic jigsaw puzzle. Uncle caught a cold from prowling around in his bare feet but there were no other bad results. “I’m glad,” said aunt, who always looked on the bright side of things, “that your grandfather wasn’t here.”