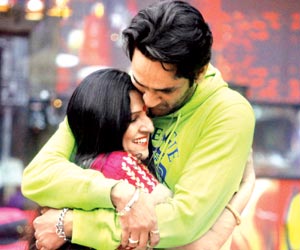 “My Brother & Mother Left Home; Things Are Bad After I Disclosed By Bis*xuality” – Vikas Gupta

We remember the times when Vikas Gupta was a part of Bigg Boss and became popular with his stint in the show. He shot to a new fame and was a household name after the show came to an end. We saw the bond Vikas shares with his family and it was all evident in his conversations too. As one would know, the bond between brothers Siddharth Gupta and Vikas Gupta has been rather topsy-turvy to say the least.

But now VIkas is away from his family. Even his bond with his brother Sidharth Gupta have weakened and he is staying away from Vikas. When a leading entertainment portal contacted him to ask about it, he said, “My brother Sid and my mother left my home sometime ago, things had gone very bad after I disclosed my bis*xuality to the world. My family finds it embarrassing to have me around them. They don’t want to be seen with me. Our society can be difficult, so not inviting me to the birthday is fine. I don’t wish to spoil their celebrations.”

Recently, Siddharth celebrated his birthday party on 3rd November 2020 and the bash was attended by his mother, brother Vatan and a large set of other friends. But Sidharth was missing. The two brothers got together for a few months in 2018-19 but then were separated again. then getting separated again.

What do you have to say about the same? Leave in your comments below.

Sidharth Shukla and Sehnaaz Gill to come up with Another music video!!