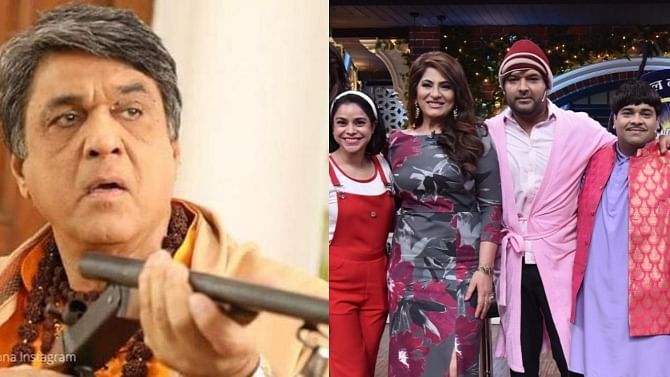 We know how much The Kapil Sharma show is adored by everyone. If we say that it’s Kapil’s show which has brought laughter alive on Indian telly, then it would be wrong. During one of the  episodes of TKSS during the lockdown, Kapil Sharma had invited the cast of Mahabharat. While most of its popular actors appeared on the show, Mukesh Khanna, who played the role of Bhishma Pitamah in the epic, didn’t make an appearance and it irked the fans very much. Everyone questioned his absence from the show and had been asking him why he didn’t appear with the Mahabharata cast.

Now taking to his social media account, Mukesh Khanna revealed that he refused the invitation of appearing on the show himself. He shared that he knows that all big actors go to the show but he declined because he finds the show ‘vulgar’.

Mukesh Khanna critisized the jokes being made on TKSS and called them double menaing. He even expressed how he doesn’t agree with men dressing up as women on the show. Not just this, he even ridiculed those who laugh at their ‘nonsensical’ jokes.

The actor didn’t stop there. He mocked Archana Puran Singh and Navjot Singh Sidhu (who was earlier a part of the show) for laughing forcefully at jokes cracked by the comedians. Then in his post Mukesh went on to ridicule the question Kapil had asked Arun Govil, who played the role of Lord Ram in Ramayan, about his underwear on the beach when he had appeared on the show. The actor said he just saw the teaser and it filled him with disgust.