Manzil (Destination) Part 2
Sita:Ricky…do you know what you are saying?Are you out of senses?You are supposed to take care of your father.But you are torturing him and finding pleasure in it?Are you a sadist?

Sita:Disgusting.Usually kids cry when their parents are in pain.But you are laughing seeing your father in pain.
Ricky:You won’t understand it Sita as you have loving parents.But I am ashamed to call my father my own as he is a beast.He does’nt deserve any mercy.From day one my mother suffered because of my father.

Gopi was sitting on the bed as a bride.She was a bit nervous as her husband is coming.She has never known him before as it’s an arranged marriage.Ahem came with a smile.He sat near her and held her hand.Without even talking to her he started brushing his lips against her delicate skin.She became nervous and moved backward.
Ahem:What happened?
Gopi:Don’t you think things are getting rushed up?I mean so fast..we don’t even know properly.
Ahem got angry:What the hell!Are you really hesitant to come closer to me because of this or you have someone else in your mind?
Gopi was shocked by his reaction.
Gopi:No no.You are misunderstanding me.I have not loved anyone else.I swear.

Ahem:Then prove it by surrendering to me.Just remember that i am your husband and I have right on your body. 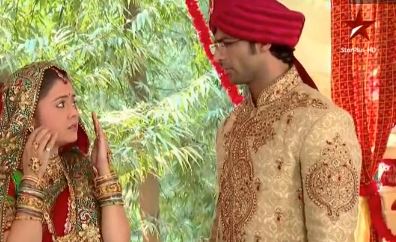 Gopi could’nt move as if she tries to resist he will doubt her faithfulness and loyalty towards him.
When he pulled her closer to him roughly she did’nt resist.

He was so wild with her that she got more and more scared about the upcoming nights.
He used her body whenever he want wildly.She could not even walk properly due to weakness and pain.But he never allowed her to rest.
Ahem grabbed her by her hair roughly:Don’t think that you can sit here like a lazy girl.Go do your work.Clean the house and cook food.
Gopi:Yes.I will.

Even in weakness she did all the work by herself.

Ricky:My so called father himself said this to me without any shame like a proud person as he thinks that this is manliness.
Sita was shocked.
Ricky:My mother’s solace was my father’s twin brother Jaggi.He was not a beast like my father though he looked exactly like my father.He was a good friend to my mother. 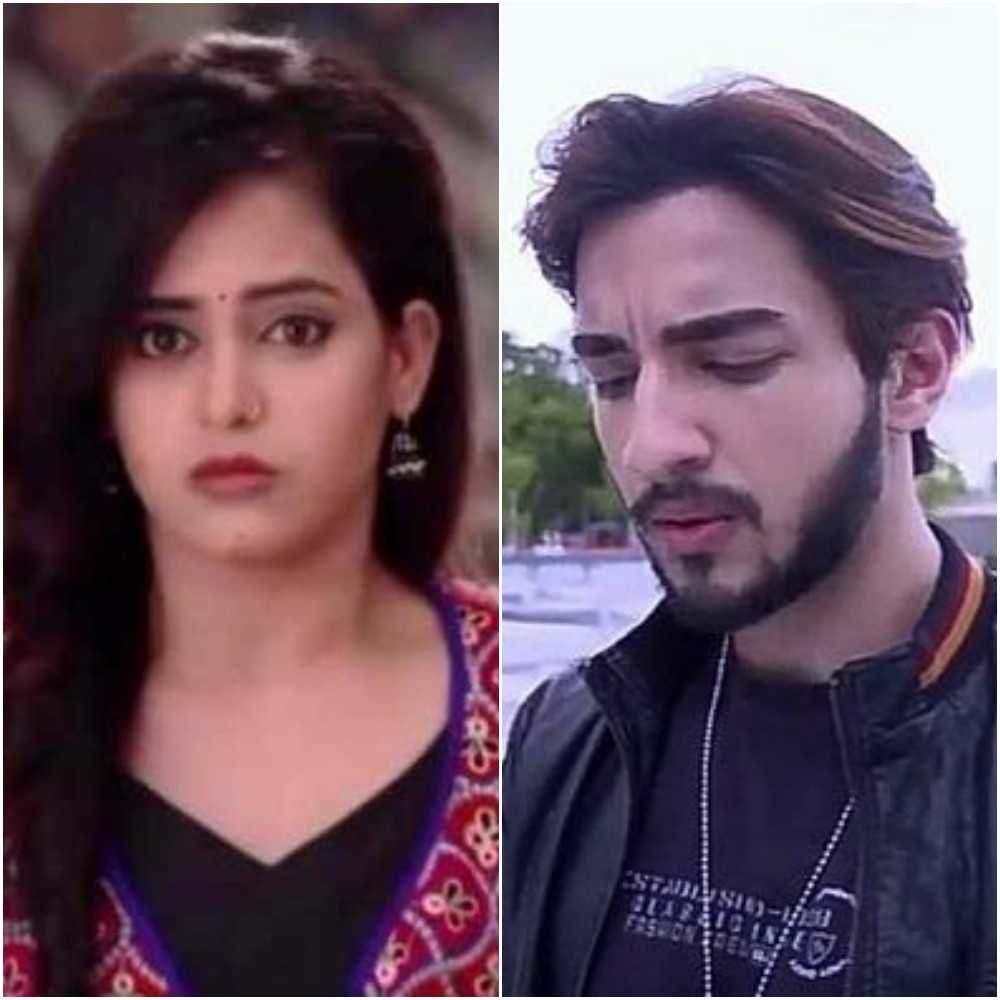 But my mother lost her friendship too because of my father.

The drunkard Ahem beating Gopi always became a routine.
Gopi was very upset.Jaggi went near her:Gopiji…Are you alright?
Gopi :Ya…
Jaggi knew that she was sad because of Ahem.
Jaggi:Gopiji…you know today someone asked me to sing in the party I attended.But when I sang they started laughing.Do you know why they laughed?Does the song I sang have any problem?
Gopi:I don’t know.
Jaggi:Then I will sing.You tell me why they laughed.
Jaggi started singing so horribly that Gopi started laughing.
Gopi:How are you singing Jaggiji?

Gopi continued laughing.
Jaggi felt happy to see her laugh.Purposefully he talked and sang like this to make her laugh.

Ahem got jealous and angry to see it.
Ahem:Jaggivvvvvvvv!Don’t you know that she is your sister in law?Then why are you trying to woo her?And Gopi,are you not ashamed to get romantic with your brother in law?
Jaggi and Gopi were shocked.
Jaggi:What are you saying Ahem?We just talked.Why are you making it a big issue?
Ahem:Oh really?Should I be calm when I see my wife and brother together?
Jaggi:Ahem!Be in your limits.
Ahem:You be in your limits.
Gopi wept:Ahemji…please believe.We are not in a relationship like you think.
Ahem:Now onwards you both should not talk to each other.If I see you both talk it will get confirmed that you both are lovers.So better not do it. 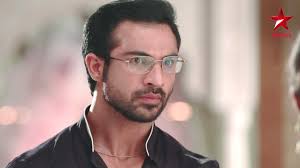 Ahem left the room angrily.
Jaggi:Why is Ahem like this?
Gopi:Jaggiji..we should not talk to each other.Otherwise Ahem will go to any extent.So please..let us pretend like strangers.
Jaggi became upset:Gopiji… 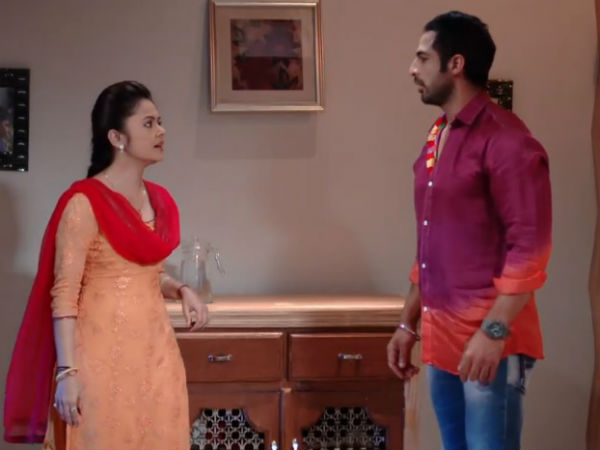 Jaggi and Gopi stopped talking to each other.
One day while walking Gopi bumped into Jaggi accidentally and they both fell down.Jaggi was on top of Gopi.

Ahem who saw this misunderstood them and roared.
Ahem:You both betrayed me in front of me shamelessly.
Jaggi:No Ahem.You are misunderstanding us.
Gopi:Ahemji..please believe us.
Ahem:You liars!
Ahem pulled Gopi by her hair and started slapping her brutally.Jaggi tried to save Gopi from Ahem.But Ahem started hitting Jaggi beyond a limit and Jaggi fell unconscious.
Gopi cried:Jaggijiiiiii
Ahem:Are you feeling hurt seeing your lover in distress?
Ahem continued beating her.
Ricky cried helplessly:Papa..please don’t beat Maa.She is very nice. 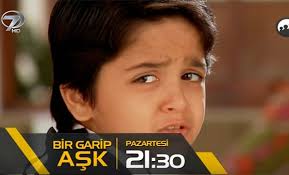 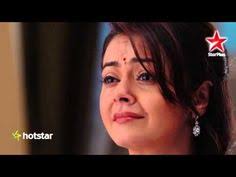 Her pleadings and cry fell on his deaf ears.He walked towards Gopi with the burning match stick like a beast.

Ahem filed a divorce case against Gopi.He proved that Gopi was immoral with false evidence and defamed her in public.So even public started hating Gopi.Ahem got the custody of Ricky as Gopi was proved immoral.

Ricky hugged Gopi crying:Maa..please take me with you.I want to be with you.
Gopi cried kissing him:Beta..even i want you with me.
Ricky hugged her so tightly that she won’t be able to leave him.
Ahem came:Stop this emotional drama.

The heartless Ahem snatched Ricky from Gopi.
Gopi cried:Please Ahemji..give me my Ricky.I can’t live without him. 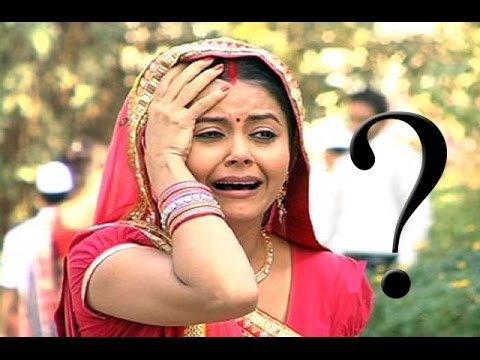 Ahem smirked at her without paying any attention to the tears of Ricky and Gopi.

Ricky’s eyes were full of tears.
Ricky:I lost my mother because of that wolf Sita.I promised my mother that I will always be with her.But I could’nt keep up my promise.
Sita wept unknowingly:I never knew that you suffered this much Ricky.
Ricky:Atleast he kept us alive.But what he did to Jaggi chachu was unbearable.
Sita:What happened to Jaggi Chachu?
Ricky:Jaggi chachu disappeared after the court case.Later my beast dad confessed to me that he sent goons to kill him and after stabbing him they threw his body off a cliff.
Sita was shocked.
Ricky:Tell me how I will love my dad? 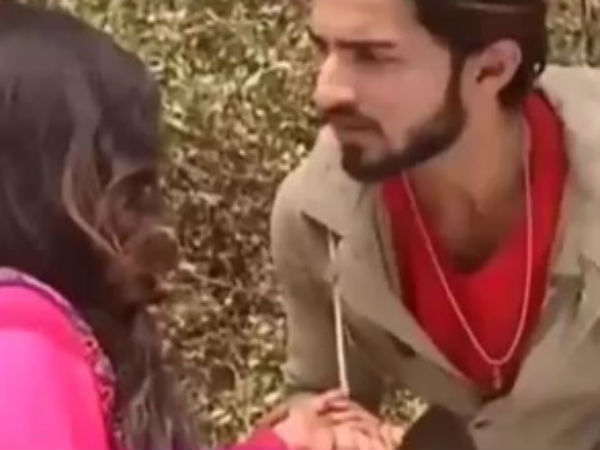 Sita was silent.
Ricky:I can be peaceful only when I see my dad in pain.After my mother left he brought many girls to our house to spend night with.Even when I became an adult he kept affairs with girls.But look at his condition now.Gid punished him.After the stroke he s paralyzed and no girl looks at him.I am very happy about that.I enquired about my mother.Poor Maa is all alone.She has no one.She is stitching clothes and living her life.But I have promised myself that after taking revenge on my father I will return to my mother.First I want to see him dying painfully.
Sita did not know what to say as she knew that Ricky was blinded by his hatred for his father.
Sita embraced him and caressed his head to comfort him.
Ricky was in tears:Sita..because of that person I lost my Maa.How can I even consider him as my father?I lost my biggest happiness because of him.
Sita:Don’t think of the past and hurt yourself Ricky.
Ricky:I can’t forget my past easily as the past has become a part of my life.My past keeps influencing me as I live in my past memories which I hate the most.
Sita could’nt bear his pain and she held him closer to sooth his pain.
Sita:Ricky!
Ricky:Until that devil gets punishment and I get my mother back I won’t get peace of mind.
Ricky was crying like a child.
Sita did know how to erase his pain,but all she knew was her love can give him relief.
She pressed her lips on his forehead and embraced him caressing him more and more to give him relief.

Will you miss Star’s Papa By Chance?