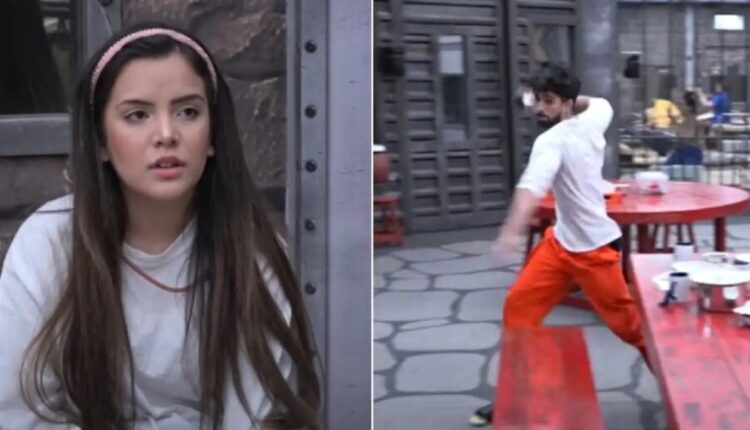 In the previous episode of Lock Upp witnessed an ugly spat between Zeeshan Khan and Azma Fallah. It began after Anjali Arora and Payal Rohatgi’s fight when Zeeshan teased Azma for supporting Payal and being her spokesperson. He said, “Chal button nikal. Uski button banke ghum rahi hai.”

Eventually, both got into a heated argument where names were called and families were involved.

Azma saw him talking to Mandana and said, “Isko Rs 100 diya nahi hai, abhi tak chup nahi hua. My parents are crorepati. Fall on their feet, they will give you Rs. 10-15K.”

This infuriated Zeeshan and declared that he doesn’t care about the camera and the show, he will break her jaw and make a carpet out of it. He started throwing the kitchen utensils in anger while Azma told her that she will talk ill about his entire family.

There was a point where Zeeshan almost hit her but Ali came in between and stopped him.

Celebs on their plans for this year’s Baishakhi