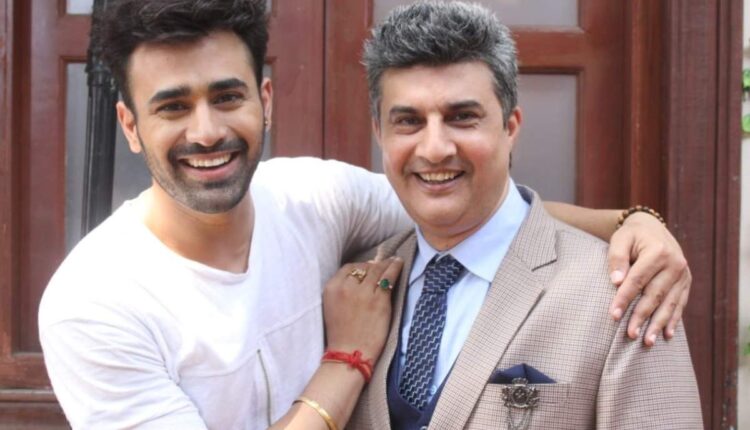 Lovely duo of Ashish Kaul and Pearl V. Puri to REUNITE for Brahmarakshas 2

Zee TV is one of the most favorite channels as far as the content is concerned. The channel has been serving super hit shows since a very long time and has gripped it’s viewers in the best way possible. After serving shows like Kundali Bhagya and Kumkum Bhagya which have been ruling the charts, there is yet another compelling narrative which is set to take the channel’s audience on a trip of fantasy with the second season of its immensely successful and intriguing weekend thriller Brahmarakshas.

Produced by Balaji Telefilms, the show will feature popular television actress Nikki Sharma alongside Pearl V. Puri playing the leads. Featuring alongside them will be seasoned television actor Ashish Kaul who after almost a year will once again essay the role of Pearl’s on-screen father, Shakti.

While Ashish and Pearl’s have been a much loved duo of screen, they will once again be see working together after almost a year. The two are really very close in their real lives too and their bonding just shows on screen as well.  In fact, Ashish’s own son shares a deep brotherly connection with Pearl.

Talking further about their relation, Ashish shared, “Pearl and I go back a long way, the last time we worked together was a year ago and we are once again reuniting on the set, picking up where we left off. While it’s always a delight to work with him and play his on-screen father, I have never thought of Pearl as any different from my own son. He’s indeed a great talented kid and I have bonded really well with him in the little time that I have known him. I would wish him nothing but the best in life.”

While Ashish and Pearl gear up to depict the magical bond they share on-screen, the show is set to depict the journey of an ordinary young girl – Kalindi, whose destiny gets entwined with an evil force and a drastic twist of fate has her drawing all her inner strength to combat the wicked Brahmarakshas. Set against the backdrop of Ambala, while the latter garners its strength from kidnapping brides on the day of their wedding and casting a dark spell over the town, Kalindi’s only source of strength is her love for her partner, Angad (played by Pearl V. Puri). As she navigates and maneuvers her way through the world of evil and her own ordinary life, Kalindi finds herself fighting a tough battle to protect the people she truly cares for!

Is Rati Pandey Typecast for Only Mythological Shows?