Hai friends. So sorry for the delayed upload. There was a power cut so I wasn’t able upload. But before we go to the episode I need your opinion on starting a new FF featuring Kaira based on Woh Chand kahan se Laogi. Please tell your opinion in the comments below.
Naira is pulling Kartik away from Rishabh. Rishabh is wiping his cheek on which Kartik slapped him.

Rishabh: How long will you remain angry with me Naira the day your anger fades and you are back with me Kartik will have to pay for his deeds. I won’t spare you Kartik.
Saying this he walks towards the gate. Where Kartik and Naira are standing near a bench

Kartik: Why did you stop me Naira

Naira: Because I don’t want my Kartik to become a rogue.

Kartik: But that Rishabh

Naira: Mistake is mine too Kartik..I didn’t realise his intentions earlier

Kartik: Are you mad or what. How can we doubt the intentions of our friend

Kartik: Shsh..I know what you are going to say. Don’t feel guilty over anything my jaan

Naira: Kartik promise me that you won’t lose yourself in your anger. I don’t want to lose you because of that

Kartik: I promise you that I will control my anger hereafter

Kartik: Oh really am I sweet

Kartik tries to pull Naira closer when she starts to run. 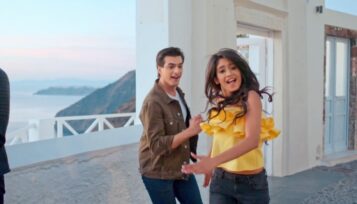 . Naira dashes on Rishabh on her way. 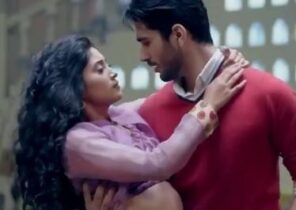 Naira doesn’t stop and runs away. Few minutes later Kartik gets her into his embrace. 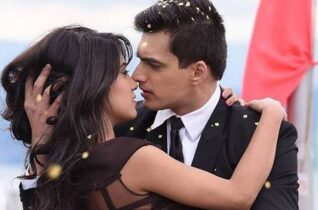 Naira gets red with shy.

They have a romantic moment . The scene freezes.

Komolika is meeting Sid.
Komolika: Arrey you idiot what did I tell you and what have you done

Komolika: That’s not enough..make her accept your proposal and make her sign the divorce petition. So that both of them separate and we get our partners

Sid: But you said she loves me nah…that 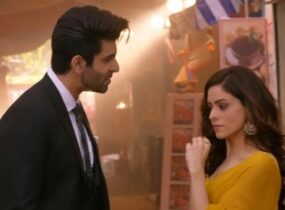 Komolika: Haan..but she is afraid of her family. Give her the hope that you are there for her..make her feel safe

Sid: You want me to make her fall head over heels for me

Sid: Okay..just a week and the divorce will be filed.
Sid leaves from there with a huge smile while Komolika smiles at the victory of her first plan. The scene freezes.

Rajasthan is shown. Mishti and friends are visiting a palace for their assignment. Mishti is already very scared as she saw Virat there. Her friend Diya comes there running.
Diya: Mmmmiiishhhttiiiiiii(panting hard)

Diya points away from them and tries to say something

Mishti runs to him and hugs him with a jump. 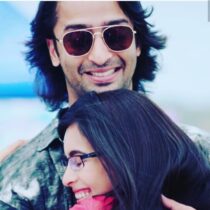 Abir: Haan..how can I stay away from my love for a week.
Mishti starts to weep

Abir: What happened Mishti..aren’t you happy with seeing me

Abir: Don’t worry sweetheart..I’m here na no one can touch even your shadow

He consoles her. The episode freezes.

PRECAP: ALL CONFUSIONS END.
HEY GUYS DONT FORGET TO TELL YOUR VIEWS ON THIS EPISODE IN THE COMMENTS BELOW.