Naina: Why couldn’t it be Mr.Bajaj? 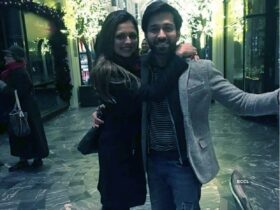 Akash: You stole my words…I too was about to say the same

Naina: But it’s me who told first..

she giggles and presses her foot down and screams with pain.

Naina: Akash..Mr.Bajaj would not have come himself he would have sent someone definitely to do this

Akash: Maybe it’s that Mr.X…but how do we find out..we don’t even know his name

Naina: Naira has seen him…we can ask the artist to sketch him with Naira’s description

Akash: Woah…Naina you are brilliant I love you…

Akash calls Kartik. Kartik and Naira are in Vikram’s house.

Akash tells the plan to Kartik

Kartik: Wow an awesome idea…I’ll take Naira with me now.

Sometime later Kartik and Naira reach the police station. Abir ,Mishti and Naksh too accompany them.  Meanwhile Naina and Akash are processing the fingerprint and checking them in the government database.
Naira gives the description while the artist draws Mr.X (Samarth)

Mishti is walking here and there and trips. Abir holds her in time. They have an eye lock. 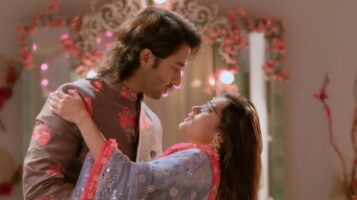 De Ra Re Re Ra Re Re Ra
Plays in the background and they are interrupted by the voice of the police when the drawing of Mr.X’s picture is over. They realise the situation and manage themselves.

Manish and Akhil too come to the police station with Anurag and Prerna.

The police feed the portrait in the government database. Meanwhile the database is accessed by Akash and Naina using fingerprints.  Both the details give the same response of Mr.X and his name is revealed as Samarth Goenka. Everyone are shocked on hearing the surname. His Father’s name is Pratap Goenka. Hearing this Manish and Akhil are very much shocked and turn pale. 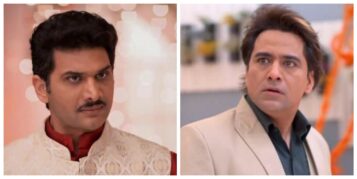 Scene shifts to Star Hunt Hotel. Prerna has got an appointment to meet Mr.Bajaj. She is waiting in a room while Mr.Bajaj comes there. 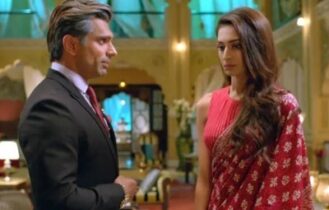 MB: Goeenkaa…..that doesn’t sound good you know…what will you have?  Tea…coffee….

Prerna: No thanks…Mr.Bajaj you wanted me I’m here take me and leave my family

Prerna: You have created enough problems in my family please stop it with it

MB: I don’t want to create problems…as you know I wanted for the business and when your hubby signed the deal despite y threat I thought of leaving your family but your Sasur didn’t want it

Prerna: Manish uncle…..why would he

HEY GUYS I WAS BUSY IN SHIFTING TO MY NEW HOME NEAR COLLEGE SO COULD NOT UPLOAD YESTERDAY AND I COULD NIT WRITE IT LENGTHY TODAY TOO. PLEASE BEAR WITH IT. AND DONT FORGET TO SHARE YOUR VIEWS IN COMMENTS BELOW