Love Is In The Air Episode 55

Hello all here is next episode. Hope you like it

Recap: Its Keesh Engagement.Jia and Tanvi find a hand at their doorstep. Polo is dead. Aditya plans to cause troubles in Keesh engagement

Everyone is happy with Keesh getting engaged. But the tension of Polo’s death disturbs everyone. Kartik wants to cheer everyone. He whispers something in Abir’s ear and grabs the microphone

Kartik: Guys..what is a function without a performance. As we have our famous singer lets not wait for anything else now..Abir mera bhai..start

Abir takes to  the stage with his guitar 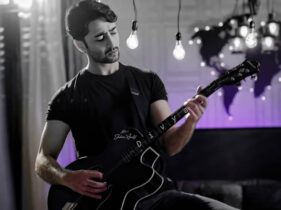 Naira takes Keerthi to the centre of the stage and dances with her. 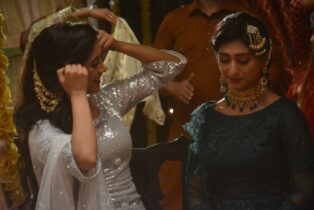 Prerna and Mishti join them. Naina gets a call and walks away while Ishani dances with Naksh. 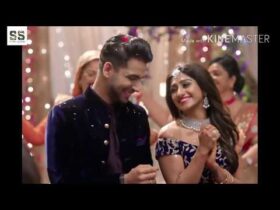 Keerthi blushes as she hears the lyrics

With everyone singing and dancing..Abir pulls Mishti out of the crowd to a corner. He takes her into his embrace and gets romantic with her. 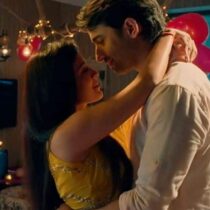 Akshara gets emotional and starts to sing: 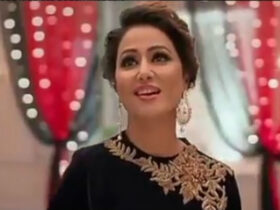 Naina gets back from the call and worries of not finding Akash there while Mishti pushes Abir away he notices Naina and jumps to her (managing his fall due to Mishti’s push)singing….

Mohini gets emotional, she hugs Keerthi and sings

Everyone sing and dance around them to console them

The dancing and singing comes to still hearing her shout. They see her holding her foot. Kartik runs to her and holds her 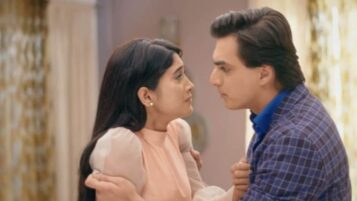 Naira points a box near her

Naira: This fell on my leg

Kartik: Are you a child? Cant you be careful

Prerna comes to her

Prerna: Madam will not mind anything while dancing. Is it paining a lot Naira?

Anurag picks the box but its too heavy he drops it

Anurag: Its very heavy Kartik..better to check Naira’s leg..this can even break her leg

Keerthi rushes to Naira..she makes her sit and examines her leg

Abir: Lets open the box and see whats inside it. This doesn’t look like a gift

Kunal: What if it has bomb?

Kuhu: Oho shut up Kunal..you will give everyone a heart attack

Naina: But we need to be cautious with everything happening around..where is Akash?

Abir: Everyone got distracted..lets break the news now

Anurag: Woh..Polo is dead..Jia and Tanvi found a finger infront of their house..so Akash and Rahul have gone there

Naksh: What? Polo is dead?

Manish is shocked to hear his name

Kartik breaks down…Manish runs him and hugs him 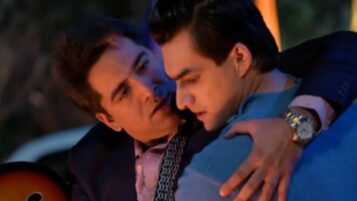 Manish: Kartik…I hid all this as I did not want to see you like this …that Praveen….bastard..good for him he is dead….

Kartik gathers himself up and gets up..he walks to Swarna

Hearing maa from him Swarna starts to shed tears..Kartik hugs her

Everyone get happy to see this reunion. With everyone distracted Abir takes the box in his hands…Naksh sees it

Abir: Ill throw it out now…

Abir: What if it has bomb as Kunal said..If opening itself costs our lives..I cant allow it.All of you stay here..Ill throw this away and come

Abir gets away from the house and reaches an abandoned site..he throws the parcel with all his might..with the force the parcel opens and something huge falls out. Abir stands there catching his breath while Kunal and Naksh reach there

Kunal peeps closer and is shocked

Inspector: Yes..sir this is Polo’s hand…but finger prints are not Rohit or Kabir..it doesn’t belong to Mr.Mehta even..in fact its not in our list at all

Rahul: Other than these..what if it Aditya’s or Aryan’s

Inspector: Not of theirs too sir..we have them with us.

Akash: Gosh…whats happening here? All of you come to my office at once..I want everyone please..

The call disconnects. The scene freezes

Everyone is gathered there

Akash: Guys..I don’t know what’s actually happening. Its all complicated..let us break it down now

Akash: Like…wait…lets start from the main villain of our lives..Rajdeep Mehta. He has gathered our individual enemies into one

Akash: I don’t think he is doing all this just to revenge his arrest by us

Kunal: Definitely..the effect is much bigger than the cause

Akash: Yes..now in this Polo was found dead in a dungeon, Aditya’s body was found in a parcel in the engagement house. This is actually a gift right..because Keerthi and Naksh’s wellwhishers will want Aditya out of their lives

Akash: Papa..I don’t say we did it..but I say that their motive is opposite to that of Mr.Mehta

Kartik: But why does his finger go to Jia and Tanvi’s house?

Naira: I have a hypothesis…shall I say?

Naira: Just to show their power…the killer wants to reach out to us saying that I know your details to the extent of reaching your footsteps.

Tanvi: Its possible..maybe the killer wants to contact us..what if its Mithali..she got to know his release and she

Akash: Then find her first..soon..

Akash: Now all of you..please be careful..we will find the truth of their murders soon and about Aryan and Kabir dont worry..they cant get bail that soon..even Rajdeep cant do it.

Everyone leave with a dull mood. The scene freezes

Anjali and her friends are waiting in the hall entrance. Naira and Prerna enter

Anjali: Kartik will walk with me

Prerna: Inside the premises he is KG sir dont forget it Anjali

Anjali: Tell this to your friend too

Naira is about to say something. Anurag comes there

Naira: My chappal got stuck with dirt sir..Prerna was helping me to clear it

A smile slips out for Anurag,he understands what she means and

Anurag: Ill ask the cleaners to clean the corridor well. Be careful Naira you are walking the ramp right..care is needed

Anurag leaves from there. Naira and Prerna follow him.

Announcement: First is Anjali and Kartik…come to the stage please

Anjali to herself: I challenged Naira..but couldn’t get Kartik to say yes…and today..Ill be insulted

Announcement: Where is your partner? If you don’t have a partner please leave.

Anjali storms into the dressing room. Naira and Prerna smile to themselves. Anjali fumes in anger

Announcement: Are you guys kidding? Whose work is..

Before they could finish Naira and Kartik enter the ramp. They start walking with full confidence. 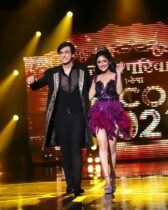 The crowd initially is shocked but later they start to cheer for this jodi. Kaira walk and get to the centre of the stage. Kartik goes on his knees and holds Naira’s hand. He gently kisses it 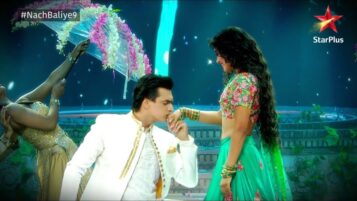 thus confirming his love for her..his relationship with her to everyone gathered around without a single word uttered. Naira gets teary eyed. Kartik gets up and pulls her closer as they pose for the final picture. 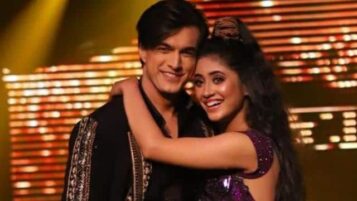 Everyone is astonished to know that KG sir..has fallen for a student. That KG sir who will not even look at their faces without a frown is going on knees for a student. Kartik doesn’t pay heed to anyone. He justs bends to Naira and in a whisper: I Love you

The scene freezes with Anurag and Prerna sharing their happiness for their friends through eyes as they await their day of going public. 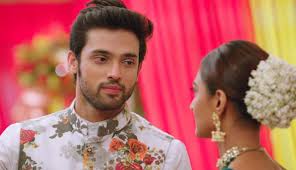 A hill is shown and there is an abandoned house there.

A lady is lying on the cot and near her a girl is crying. She is revealed to be Rupali. She hugs the lady and breaks down. The episode freezes