Riddhima knew , that this creature who is standing Infront of her , is a total insane .. and to control him she herself have to be calm first .. she took a deep breath , smiles at him and says …

” Sir I have dream bell party planning company .. And every Saturday and Sunday , my whole day is for them .. and as a physiotherapist I don’t have to face much patients .. so with this I work here from Monday to Friday … So , I think I have mentioned you my daily report here … Can I go now .. Have a nice day ahead .. “

She tries to walk away , but again she was pulled back and this time she landed on his chest … And in a quick move Vansh pinned her to a wall ..

” And before that I will seal your glossy lips .. with my .. ” trancing her lips with his thumb , he smirks ..

” Then .. ” he smirks and gave a lazy kisses on her forehead , then shoulder blades and then neck and suck it .. after sometimes he looks at Riddhima , who was biting her lower lip in pleasure with eyes closed .. he was about to attack on her lips when ..

Riddhima slightly shook her little head to see who was standing .. and the every next her eyes got widen .. it was.. it was Dr. Mehra … with a kind of anger ..

She thoroughly pushed him .. and tries to explain her , whereabout … But ignoring her Dr. Mehra silently kept the file and left the place ..

However Vansh groans , by the sudden distribution in is on the way of romance ..

” No plz .. Riddhima this is your matter I won’t interfere , but if it harm our hospitals repetition .. then definitely I will take actions against you .. ” and with this she lefts ..

Riddhima was rooted on her place .. she never thought that the eyes which always held gratifing for her … But Today there was disappointment ..

But someone broke the chain of her thoughts .. Vansh pulled her in his arms … And started walking in his cabin ..

” Sir , get me down .. get me down .. ” she literally shouted at the end … Vansh took her down from his arms and then she left immediately left from there in anger , with teary eyes ..

Vansh wanted to follow her .. but for a while he stopped … It was not a good time to talk her ..

Pushing the thoughts aside .. he indulge himself in his works ..

Here Riddhima took a taxi , and left for her home .. All the while she was shredding silent tears .. But after reaching home , she came to know that she had left her bag in the hospital itself …

Vansh was still the hospital thinking about Riddhima .. whereas here Riddhima was cooking her favourite food dhokla and veg briyani .. and watermelon juice just like sejal likes .. 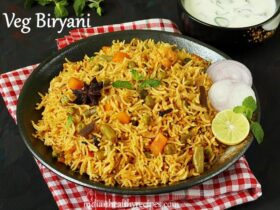 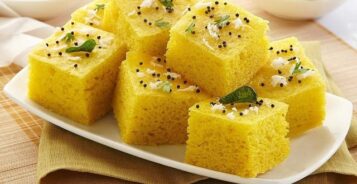 ” Sejal aa gayi .. I think Varun would be with her too .. ” Riddhima smiles .. but later she again heard the knock ..

With all set , she turns and …

Vansh was pacing around here and there in his cabin when Angre knock the door ..

” Plz leave me alone .. ” Vansh replied without even looking ..

He took out her phone , which flash a message ..

” Why are you here .. ” Riddhima questioned him with stern face ..

He gently placed her on couch ” where is the antiseptic .. “

” Riddhima for god sake plz let me .. ” Vansh came out in irritation ..

” It’s there , right side corner .. ” she pointed holding her foot .. taking the antiseptic cream , he gently applied .. while she hissed in pain ..

Soon he was done Riddhima tried to move , and again she fell down … This time she cried out .. because the pain was unbearable ..

To divert the topic , Vansh kissed her .. when she again didn’t kissed him back .. he bits her earslobs and said huskily ” Just for once .. don’t stop yourself , kiss me back .. you will find heaven .. ” and as it look like worked .. keeping her insecurity aside , she palmed his face and crashed her rosey lips with his rough one ..

Vansh was too shocked to react , but then he kissed her back .. she encircled her arms around his neck and started playing with his hairs .. while he laid her down on the couch and roamed his hands all over her body ..

Riddhima opens her mouth in defeat , while he insert his tongue in .. exploring the every corner of her mouth .. later he sucked her lower lip , biting and nibbling it vigorously ..

They broke the kiss .. when Riddhima become breathless … 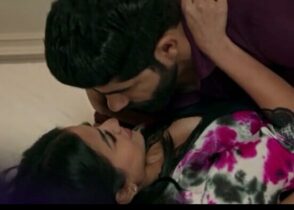 Shark Tank India season 2 to premiere on this date