Riddhima cries and says,”Why Ishani, why did you killed my parents ?” Ishani says,”Do you have any proof.” Riddhima says,”I don’t have any proof but a witness – your friend Sejal.” She calls to Sejal and she tells the truth. Riddhima says,”Now you believe it!! Because of you and your real parents I am suffering .. I don’t have my parents.” Vansh says,”Calm down Riddhima.” He holds Riddhima in his arms. Riddhima says,”Why Vansh , why God took my parents.” Vansh says to Ishani,”You lied us , you have ditched and mom you, you didn’t told us that Ishani’s not our sister.” Anupriya says,”I don’t knew this” , she turns to Mrunal and says,”Mrunal, you know ??” Mrunal says,”We delivered a girl , but she was blind, I gave her to blind organisation and in hospital I saw a girl lying , I took that with me .” Ishani says,”That was me only but 8-10 years back my real parents  told me that I am their daughter, they told someone has take me, they tried to found me but couldn’t.” Vansh says,”How did you met them??” Ishani answers,”Bhaiya, Sonal my mom is a doctor , while I was admitted in the hospital, Sonal took my DNA report and she got to knew I am her daughter.” “Then why did you killed my parents” , asked Riddhima. Ishani says,”My parents were very good friends of your parents, then my father decided to do partnership in business with your father but your father earned more money than mine, so we decided to kill them,but Sejal saw us , she was your good friend , I thought I shall convince her to marry Vansh bhai so that , she couldn’t tell anything to you because with Vansh bhai its like a jail !! but he refused afterwards.” Vansh gets angry and says,”Better you go from here Ishani , you killed 2 people , now you see what I will do.” Vansh takes his phone and calls police . He makes Sonal , Surya and Ishani arrested . He says,” Dad, do we have any other child who’s not yours.” Mrunal refuses. Everyone laughs. 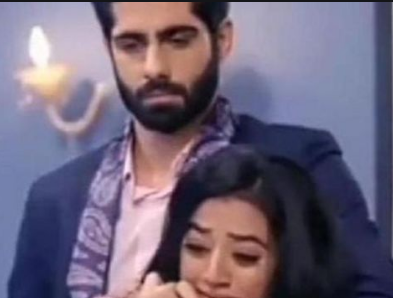 Riddhima is sitting in her room and crying. Vansh consoles her but she is still crying. Vansh offers her to eat , she refuses that also . He then brings a burger and says,” mmm…, its so delicious..”  Riddhima looks at him. Vansh says,” You wanna have it ???” Riddhima comes and eats it . They both share an eye-lock . Riddhima says,”Vansh , can I sit near pool ??” Vansh says,”No, I will also go , not you we.” They both go near pool . Riddhima throws water on Vansh and says,”Vansh , you say naa that Vansh Rai Singhania ka koi baal bhi baka nhi kar sakta but see , I threw water on it..Hahaa”

Precap: Vansh and Riddhima have a fight .

Hii guys, I write ff related to IMMJ 2 ..Lover of Riansh ... Visit my Insta account @chotisardaarni_sidnaaz and then dm me ...Also, follow me on Wattpad (Riansh_obsessed)