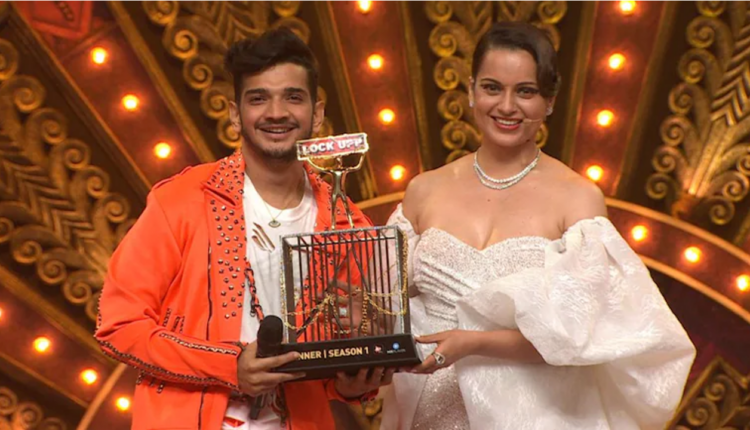 Lock Upp winner Munawar Faruqui bags the trophy, along with an automatic car and a cash prize of Rs 20 lakh

The reality show Lock Upp, hosted by Kangana Ranaut has found its first winner in Munawar Faruqui. The standup comedian emerged as a winner defeating the other two finalists Payal Rohatgi and Anjali Arora.

Munawar’s journey in Lock Upp was full of peaks and valleys. While some claimed he was manipulative, there were others who believed him a friend of friends. He forged a genuine connection with Prince Narula and Anjali and Saisha on the show. In fact, Munjali was trending on social media for quite a while. As the game got intense the trio seemed to be slipping apart but they always maintained that they are good friends but not when they are competing.

Munawar also made some shocking revelations about his personal life on the show. From being married and having a baby to the suicide of his late mother. Munawar bared his heart out in front of his fans.

All in all, it was a game well played. We wish Munawar a hearty congratulation on the win.

Lock Upp: Anjali Arora on her bond with Munawar Faruqui; says, “We are just friends and nothing beyond that”