Life Has No Rules: Meet The Characters 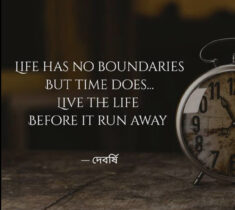 A sweet, orphaned 25 year old. Lost her parents at age 7. Lives with her Bestie Zara. Owns a clothing business. She doesn’t believe in playing by the rules. Lives in Islamabad, Pakistan. She gets affected by the problems amidst Pakistan, Bangladesh and India.

Bengali. Lives in Bangladesh. College student. She lives away from her family, in a hostel. Currently studying in Dhaka Medical College. 21 year old, second year student. Lives in her own world of fairytales. She aspires to be a cardiologist. Her life gets affected by the problems between the three countries.

Businessman. Hindu. He believes that life shouldn’t be caged. 29 year old, engaged to Shagun Kapoor. His father is a politician and his mother is a university professor. Owns SIAC.

Owns Lifeline chains of hospitals. Hindu. Lives in India. Son of Uma Raisinghania and Late Ajay Raisinghania. He believes in Women rights and gender equality. He will fall for Riddhima at first sight. 34 year old.

Bengali. Lives in Bangladesh. Older sister of Trisha. A famous poet and classical singer. She is best known for her poem “Aaj Jaybo Shonar Bari”. At age 9, she had taken part in Sa Re Ga Ma Pa.

Bengali. Lives in Kolkata. A serious, no-nonsense lawyer. He’s not in good terms with his uncle Trilochan because of their opposite thinkings.

A mysterious person. You will get to know more about him in the story.

Okay listen to me-

Noooooooooooo(Tries to dodge from shoes). Hey is that a designer boot(gets hit)-

My Life, My Rules. Studying to be an engineer, A foodie, “Food Is Life”. I’m in love with Sidneet, VeerDiti, Hinny, Neville-Luna, Karmi, Raya, and Diana-Parth.