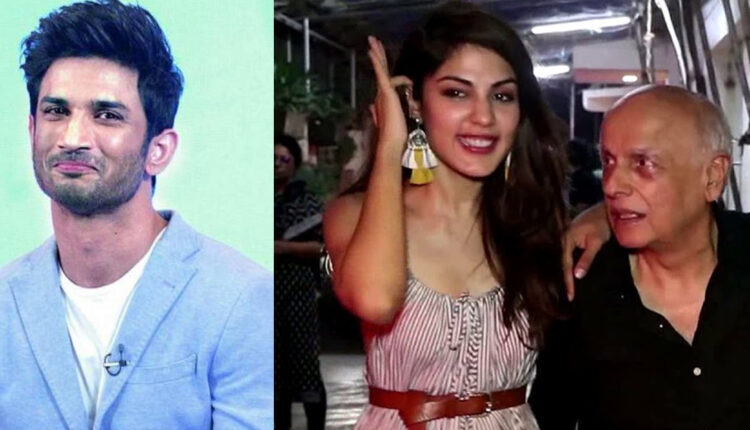 LEAKED chats of Rhea and Mahesh Bhatt from June 8, 2020

Sushant Singh Rajput was found dead in his Bandra apartment on June 14 2020. What looked like a suicide back then has taken a shocking turn and is now looking like it was a planned murder. Today CBI iniiated it’s probe into the matter and now it is hoped that justice will be served to Sushant.

The media house revealed screengrabs which show a whatsapp conversation between Rhea and Mahesh Bhatt.

The sent text by Rhea to Mahesh Bhatt reads, “Aisha moves on…sir…with a heavy heart and a sense of relief. Our last call was a wakeup call. You are my angel You were then And you are now.”

In the film Jalebi, which starred Rhea Chakraborty, and was produced by Mahesh Bhatt- Mukesh Bhatt’s Vishesh Films, Rhea’s character was called Aisha.

In response to this, the text allegedly sent by Mahesh Bhatt read, “Don’t look back. Make it possible what is inevitable. My love to your father. He will be a happy man.”

Rhea’s response to this message by Bhatt read, “Have found some courage sir and what you said about my dad tht day on the phone pushed me to be strong for him. He sends you love and thanks you for always being so special.”

The day #RheaChakraborthy left #sushant's house she chatted with #MaheshBhatt & with close friends mentioning​ "Aisha is moving ahead with heavy heart,but relieved"#Aisha -her movie name in #jalebi pic.twitter.com/KSHljk2aZB