Kabir got a phone call.He attended the call.

He could hear Kavya crying. 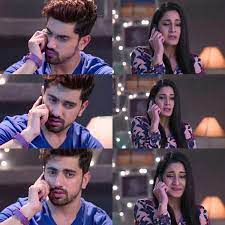 Kabir and Kavya were sitting near Vyom who was badly bruised.

Vyom:Don’t give me wrong hope Kabir.I know that the doctor has given no hope.I can feel that it’s time for me to leave.

Kabir tried hard to control his tears.Kavya burst into tears.

Kavya:You just have to tell us.We will do whatever you say Vyom.

Vyom:Kabir…promise me that you will look after Kavya and Arush.

Vyom:Then in front of me fill Kavya’s hair partition with vermilion.

Kabir and Kavya were shocked.

Kabir:What are you saying Vyom?

Vyom:I took this decision after thinking a lot Kabir.Please fill her hair partition with vermilion before me.Only then I can die peacefully.

Vyom:You promised me that you will fulfilled my last wish.Won’t you keep up your promise?Don’t you want me to die happily?

Kavya could not bear anything.

Vyom:Kabir…please do it fast.Kavya,take the vermilion box from your hand bag and give him.

Kavya took out the vermilion box from the hand bag.

Kabir thought:Oh no..Vyom does’nt know about my engagement with Pranati.I need to tell him that. 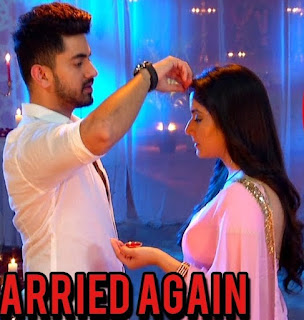 Kabir:What did you make us do Vyom?

Suddenly his eyes stopped rolling.Kabir and Kavya realized that Vyom has disappeared from this world.

Vyom’s cremation was done by Kabir and Kavya. 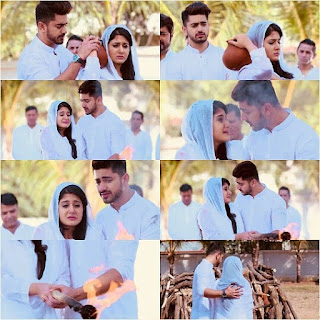 Before Kabir could reply,Kavya stopped him.

Kavya:Don’t fight with Vyom’s parents in this condition Kabir.They are right in their place.If you argue with them,Vyom’s soul won’t get peace of mind.

Vyom’s parents left giving an angry glare at them.

Kavya:They did not even look at Arush even when Vyom left us.I miss you Vyom.

Kavya could not control crying.

Kabir tried to suppress his tears.

Kabir:Your papa has been called by God to heaven.

Arush:Why did God call him?

Arush:When will papa come back? 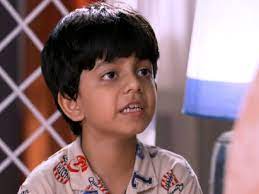 Kavya:Let Arush learn to know the harsh truth of life now itself.

Arush was crying.Kavya hugged him and cried.Tears rolled down from Kabir’s eyes. 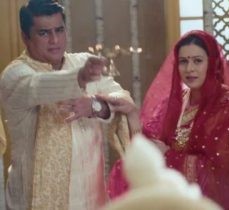 Suddenly they got shocked when Kabir entered the house with Kavya and Arush.

PK and Suman were shocked.

They were shocked.Kabir explained how and why he married Kavya.

PK and Suman were shocked.

Kavya:What are they saying Kabir?

Kabir:I got engaged to Pranati.

Kavya:Then why did’nt you tell Vyom about it?He would not have forced you to marry me if he knew it.

Kabir:I could’nt tell Vyom about it though I tried.

Kabir:No Kavya.There was no love between me and Pranati.We were close friends and so for the families we decided to take our relationship forward.Now I consider you as my wife.I will not break the promise I gave Vyom who is above everything for me. 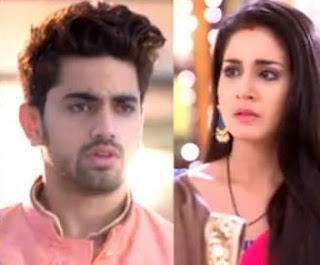 PK:What about the promise given to Pranati?

PK was not able to face Vivek.

PK folded his hands before Vivek:Please forgive me Vivek.Things were not in my hands.

PK replied without looking at his face:I don’t have the courage to even look at your face. 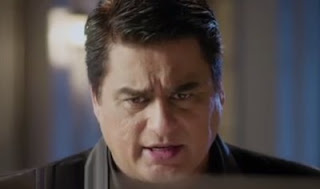 Pranati:What is the matter uncle?

Pranati:Kabir…how can I curse you?You did not do anything wrong.You did right.

Kabir:Thank you so much Pranati for understanding me Pranati.

Pranati:How can I not understand my friend?

Kabir looked at her emotionally. 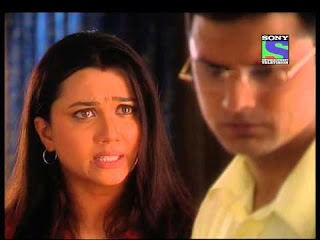 Pranati:Please don’t say anything Maa.I was never in love with Kabir.Kabir also did’nt lie that he loves me.We just obeyed you all for the sake of friendship.

Vivek-Vishaka could not say anything.

Kabir looked at Pranati:Thank you Pranati.

Pranati:How many times will you thank me Kabir?

Reyaansh:This was our meeting point.This was the place we always met each other.Now also when I am upset I come here.This place gives me relief and peace of mind.

Pranati:Reyaansh may not be even remembering this place as our love was just a joke for him.But I can never forget this place.This place gives me happiness now also.I don’t know why.Though i hate you,why those days remain special for me?Why I am not able to forget the days I spent with you?

Both Reyaansh and Pranati walked slowly thinking of each other.

They bumped into each other.

They saw each other.

They could not believe their eyes.

After many years when he saw her he felt so happy that he embraced her.

Pranati:Years back you broke me by ditching me.Still you are asking me ;how are you’ as if nothing happened between us.Are you not ashamed?And how dare you hug me?I am not your girl friend.You had thrown me out of your life long ago.Did you forget that? 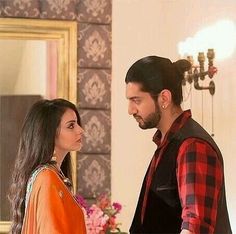 Pranati:You are the one I never want to see in my life.

Pranati was crying while walking away.

Pranati:Why did you come in front of me Reyaansh?Why are you not allowing me to forget our past? 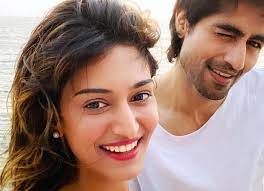 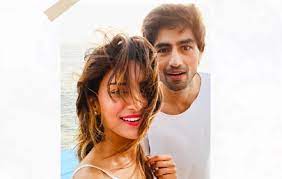 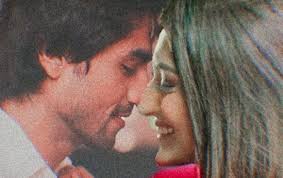 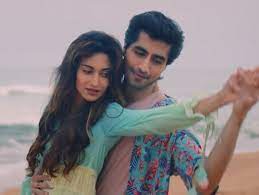 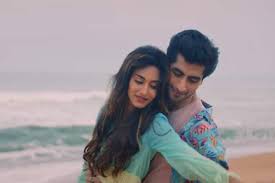 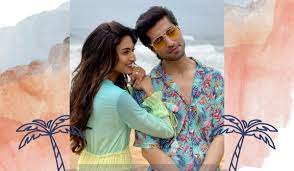 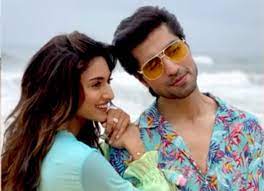 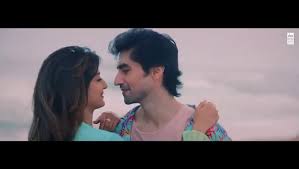 Suddenly he heard a voice from behind.

Heer:Yes.I am surprised to see you here.

Prem:Yes.I used to come here with Stella every weekend.When I come here I feel that Stella is around me.To feel her presence I do come here very often.

Heer:You are such a loving husband.

Prem:I may not have been a good husband.That’s why Stella left me.

Heer held his hand and said:Don’t say like that.Your Stella with you.She has not left you.

He looked at her eyes.

Heer:Her soul is still near you.

Slowly he removed his hands off her.

Shivani was in her office.She observes her colleague Purab.

A smile appears on her face. 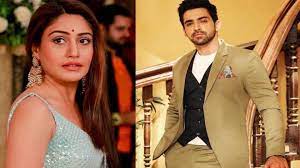 Shivani thought:He is a decent guy in our office.Not at all proud like others.I think he should be the one for me.

Shivani shared this with Naintara. 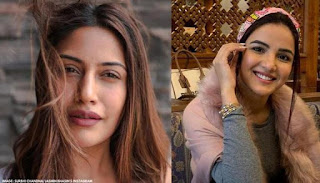 Naintara:It’s for your need di.Only he can help you now.It’s difficult to search for another stylist.He is our neighbour.May be God sent him here for helping you.

Veer said in a sarcastic tone:You visited my house?I am surprised.

Shivani:Actually I need your help.

Shivani:Yes.Can you please give me a make over?

Veer:I give make over only to the girls who have class and sense.You lack both.So don’t expect me to groom you.Just leave.

He held her hand and said:Get out. 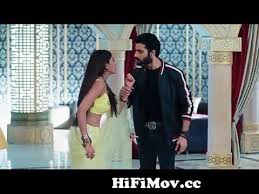 He put her out of his flat and locked the door.She became upset. 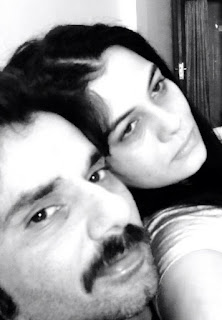 She looked at him and told David:Heer met Prem today.She told me. 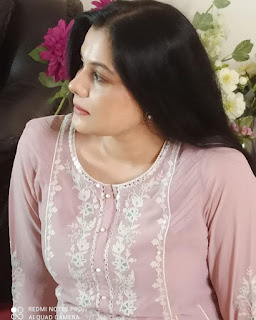 Have a look at Zee TV show Bhagyalaxmi’s entire cast