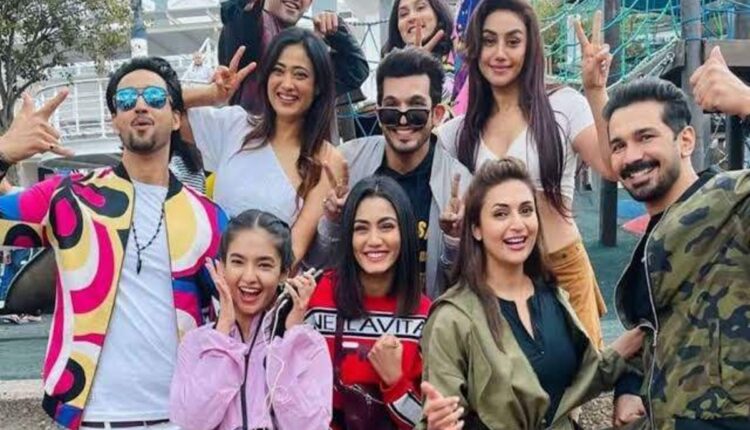 Khatron Ke Khiladi to have a mass Eviction this Week??

Colors’ Khatron Ke Khiladi is a stunt-based show which has its own fan following. The shoot is currently going on in Cape Town and 11 contestants are fighting for the title. Several big names has been a part of this season as we know where the contestants have been constant in posting images and videos from their stay and shenanigans in Capetown.

Gradually, there has been some updates about how one or the other contestant is/has been eliminated but right now, a major update has come in. Earlier there was news that the season will be cut short due to the pandemic but no confirmation the same was received. Now there is news that the elimination this week will be quiet unique. If reports on social media are to be believed, there will be a shocking mass elimination on the show. While we usually see only one contestant exiting from the reality show every week, this time, as many as five contestants could be eliminated from Khatron Ke Khiladi 11.

Instagram page ‘khabribaba.everything’ reported that 5 contestants will be evicted, leaving behind the Top 8 contestants on the show.

While it isn’t confirmed, if it’s true it will indeed be a massive shocker indeed.