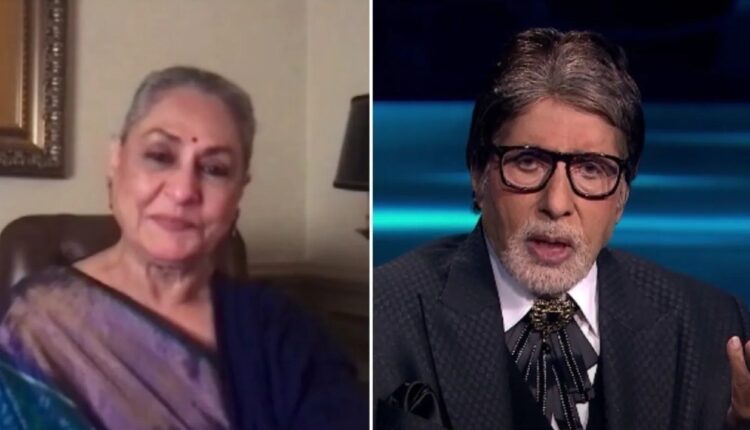 Tonight’s episode of Kaun Banega Crorepati will mark the 1000th episode of the show. As seen in the promo the upcoming episode will witness some fun family moments as Amitabh Bachchan will be joined by his daughter Shweta Bachchan and granddaughter Navya Naveli Nanda.

In the latest promo, Big B introduces the audience to her daughter and granddaughter and shares how his two guests have always been curious about the show. The real fun begins after Navya reveals that her grandfather wears gowns at home and says that it’s nice to see him in suits on the show.

They are also joined by Jaya Bachchan who points out that the color of his outfit is not suiting him at all. This makes Big B upset and he says, ‘Jao ham baat nahi karenge’. Jaya’s reply to this leaves everyone in splits as she says, ‘Achi baat hai’.

Earlier Big B also shared a photo from the shoot of the 1000th episode on his blog, where he wrote, “So yes, the 1000th episode on the platform of Kaun Banega Crorepati was given its due importance and the request by the channel to bring in the family on that revered and feared hot seat was accepted.”

He added, “A delight to be able to not just test the ability of the ‘contestants’ but to give the freedom to express what many have felt has been undisclosed and kept behind closed doors. The banter of the family dining table, the repartee, and most importantly the several causes that the young at this age think about and work for. An evening of great pride for the father and grandfather – for Papa and Nana!”

For the unversed, Kaun Banega Crorepati has been running successfully for over 20 years now.