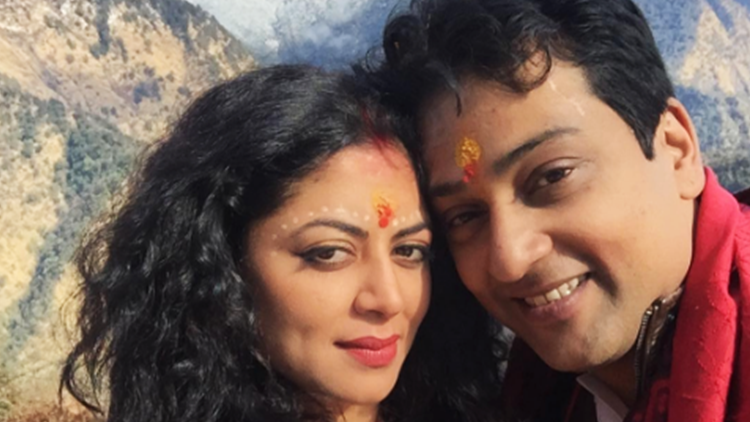 Bigg Boss 14’s recent episode saw a huge fight between Aly Goni and Kavita Kaushik. Aly ended up kicking the property of BIgg BOss and Kavita got hurt in the process. She however, made quiet a big deal out of it.

The FIR actress had tears in her eyes after the incident and she asked Bigg Boss to intervene and take action against Aly. Bigg Boss reprimanded Aly for his action and as a punishment nominated him for a week. In an interaction with Etimes, Kavita’s husband Ronnit reacted to the incident.

He said,“I was very hurt and I cried also because this is not what we had signed up for. Physical violence was never a thing which we had signed up for whether it happened directly or indirectly it doesn’t matter. If someone has got hurt or I have hurt someone I would go and apologise to that person and I would forget my anger at that moment. I felt really bad and pathetic because a man is doing this, I am a man myself and I can’t put it in words. This was something which we had not signed up for. I expected a better action or punishment from Bigg Boss. I had seen the promo first, day before yesterday and I was very disturbed. But once I saw the way Kavita was putting up to it and how she was behaving I felt extremely proud of her. My sadness disappeared and I got happy thinking that no matter how much you try to target this girl, she will not bow down to anyone. She will come out shining and strong. At the end of the task Bigg Boss did something amazing and out of the box where Aly Goni’s shoes were taken and when Jasmin was given a choice to save her friends shoes and show her bond, she put everything on Aly. I mean I was laughing that she put everything on him that he likes to see her with makeup and all dressed up. Her real character as a person showed.”

He went on to say,”All I want to say is that the dialogue which Kavita said on the show to Aly Goni, we have seen it in so many films. Stars like Amitabh Bachchan, Akshay Kumar and other so many actors have said this line in their films ‘Main Tera Baap hoon’. We also use it so many times in our lives and it was not a derogatory term at all. He has also said this to her thrice after that. So, I think the topic should have ended then and there itself. But I understand most of the housemates know that Kavita is quite strong and if they fight with her or corner her, they will get some footage. It is very sad that in a country where we keep talking about women are equal to men, we worship Goddess, we celebrate women and talk about women empowerment, there is a man who is threatening a woman on national television that he will make her life a living hell or won’t let her sleep (main iska jeena haram kar doonga, main sune nahi doonga). All this doesn’t make any sense. Also the punishment given to him, I don’t know what everyone else thinks but I feel that’s not enough. I agree he hit the trash can but one of the major rules of the Bigg Boss house is you cannot damage Bigg Boss’ house property. If he hit the trash can and Kavita got hurt because of it, then I think a strict action was needed. Obviously, we know that he can’t hit her directly so he will remove his frustration like this.”

“If he didn’t want to hurt anyone there was another trash bin lying behind he could have kicked it but he hit the one close to Kavita, this goes on to show his intention. We all saw how aggressive he was getting, if a man is so aggressive with a woman then we can understand that there is certainly something wrong with his mind. Because of people like him, other men who are good towards women also get bashed. That is also not fair on the other men who are fair towards female gender, who take care of their women, who respect them.”, he continued.

About the rest of them men in the house, he said,”Also if you talk about the verbal fight, you have to see the kind of language he has used against Kavita. He has called her neech, ghatiyaa aurat and he abused her also that’s the reason Bigg Boss has to beep the words. And during Kavita’s yesterday’s conversation there was no beep which means she did not abuse. If he is calling neech, ghatiyaa aurat to a woman on national television, it shows how you are as a person. Hum itni badi badi baatein karte hain about respecting women, Beti Padhao Beti bachao, all of these goes into a drain we see such behaviour on national television. I am very proud of Kavita that she has stood up against so many people. All the other so called men in the house, who had problems when Jasmin had a breakdown and had an issue with Rahul which was again not an issue and was created, few ‘so called men’ stood by her. But surprisingly, in last night’s episode no one said that Aly you are doing wrong and if Kavita said it, you also repeated it, thrice. Ye joh baaki aadmi hai Bigg Boss ke ghar mein pata nahi inko kasie aadmi kahein.”

Will Bigg Boss 14 get an Extension too?