Author’s note: This story is created by Salley145 in Wattpad, who could not continue it further due to some reason. So, I am going to continue it from the seventh chapter and making some changes in the first six chapters. This FF is based on AdiZa aka AvNeil and it is a supernatural thriller with a completely different plot line.

1. The tale of mystical saga starts,

A blue car driven by Neil comes to the cottage where as Avni’s blindfolded, who is sitting near him. They came Manali to enjoy their honeymoon so they had already booked a cottage beforehand. Neil parks the car at the cottage shed. As it was snowing heavily, Neil made Avni wore a blue sweater and he wore a brown one. Neil opens the car door and holding his hands, Avni comes out of the car.

Avni – “We have reached the house, please let me remove the cloth covering my eyes. Now its 8’o clock, but my eyes were closed since 6’o clock. Its not fair, Neil”. Neil – “You wait, na”. Neil holds her hand and takes her to the door entrance and removed the cloth and unlocked the door.  Neil gestures her to step inside while Avni herself lost in the beauty of the cottage. Avni is about to step inside with left foot.

“No no, step in with right foot,” – he said followed by her pouts. But stepped inside as he said. “Wow, this house is so beautiful”. – She said with a smile. 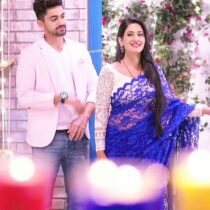 “That’s why I told you to keep your eyes shut and let me maintain the suspense, and look how this surprise turned out to be, beautiful, just like you, our relationship, and our moments,” – he replied back. Avni blushes and hugs Neil. 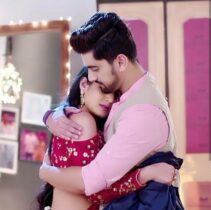 He kisses her on her forehead.

A few hours passed by and afternoon comes,

Neil is sitting in the cosy couch but thinking about something deep. Avni comes from the kitchen, comes to call him for dine together. Looking him lost somewhere, she sat beside him jerking his thoughts.   “What are you thinking?” – Avni asked. “I don’t know why but this place seems so familiar… These snow, the place seems like I have some connection with them” – Neil said in dilemmic state.  She patted his hair to relax him – “It happens, but let’s talk about this later, I have set the table for lunch, come”. Neil goes with Avni for having lunch.

At evening, they both went out for a walk in the snowfall hand in hand. 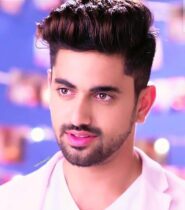 All of a sudden, he say a shayari (poem) which surprises Avni. 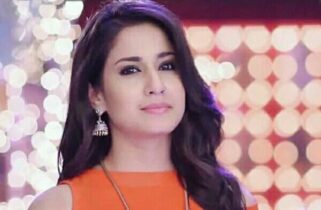 He sung making her blush, he smiled.

They reached a cafeteria and ordered two cups of coffee.

“Neil, why did you order coffee? I want something cold in this cold like ice cream, please please please,” – Avni said making a puppy face. 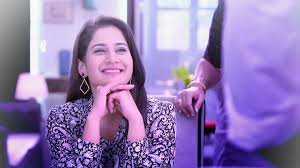 “No no, you will get ill.” – Neil said. “But we came here to have fun in this snow,” – Avni insisted. “Okay fine, but I will have something hot only.” – Neil said and she giggled.

Avni – “Yeah I know because, you’re hot and I’m super cool like our king MSD”.

They laughs for her joke. Neil ordered ice cream  while he had two cups of coffee. As soon as the icecream, she started tasting it like a child. Neil, who is drinking coffee, gets lost in her. 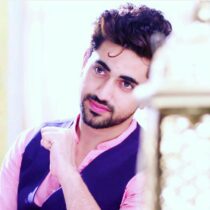 She noticed him looking at her and she offered it to him but he was very lost in admiring her, she noticed this and touched the ice cream on his nose. He jerked and looked at his nose and then at her, she was giggling. “Wow, Is this what you wanted to do? This is what you do in the name of fun?” Neil says pretending to be angry. She frowned and looked down. “Sorry,” she said and cleaned it by by her sleeve. “Just joking,” he said taking her ice cream touching the cream on her nose too. 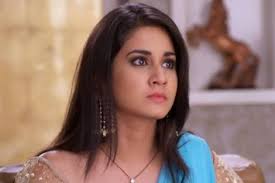 “Haww,” – she said. “Same pinch,”- Neil said with a laugh. She creased her eyebrows and frowned. She put the whole ice cream on his face and she too laughed.

She poked her tongue out at him.

As he is about to stand,  she ran away. He too ran after her till they reached a place full of snow. Her feet sank in the snow and she fell on her knees. He too fell on her knees. She laughed. He got some snow in his hands and rubbed it all over her face making her gasp.

She makes some snowballs and throw on him. He runs but she follows her throwing snow balls.

Neil stops running – “Enough beti enough, already you have had ice cream, do you want to get sick and spoil the honeymoon, beti? And also don’t you want to do stargazing at night with this moon husband of yours, beti?” He looks at her funnily.

“Nooooo,” she said in a childish voice and pouts. She continues – “Call me baby but don’t call me beti, I m not your beti, I m your  gharwali (wifey).”

“Demand Accepted only if you kiss me.” – Neil said. He held her waist and goes near her to kiss. 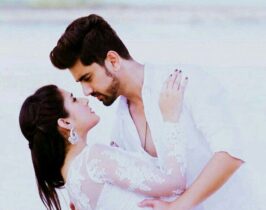 Avni released herself from his hold and says, “We have to do one thing immediately.”

“So, this is the reason you escaped from my kiss”. – Neil asked her.

“Okay but at least we can make hearts of each other’s name,” – she said and he agreed, they sat down. 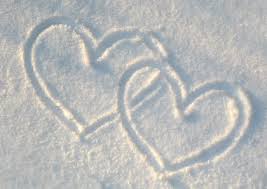 They write each others name. They took photo of it and then walked off. The hearts soon got erased by the snow.

At night, Neil and Avni slept cuddling to each other and they slept. 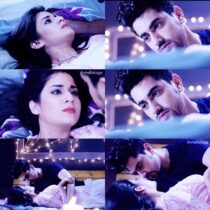 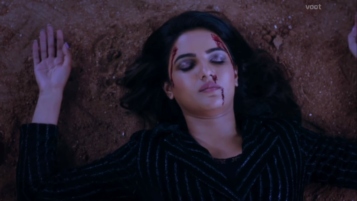 Seeing this, she comes downstairs running, she asked -“Neil, what the hell? Who’s she? Why are you with her? Why did you brought her here? Importantly, why are you dragging her?”

He looks at her angrily that made Avni frightened. 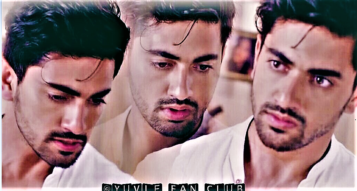 He pushed her aside and she fell on her knees. She looked at him in a shock, he had never behaved like this before.