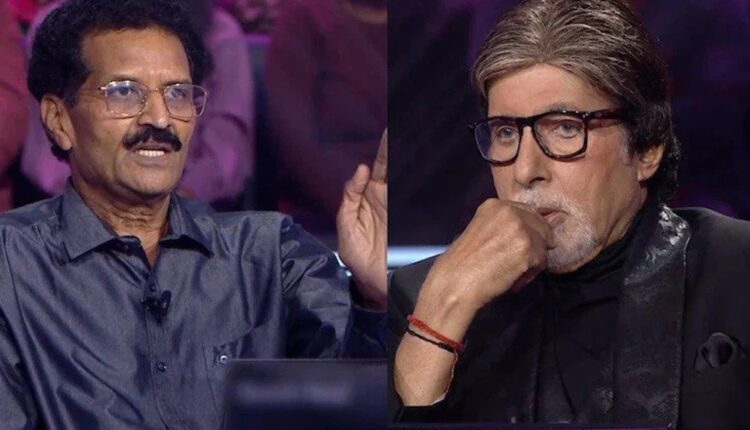 The latest episode of Kaun Banegar Crorepati 14 witnessed Professor Dhulichand Agarwal as the contestant on the hot seat. Dhulichand shared that he was able to make it to the hot seat because of the aspiration of his sister who has been praying for 21 years for him to get selected for KBC.

He also shared that he was teased by his friends for his name. One of his friends suggested that he should change his name to DC as it sounds cool. When he asked Big B to call him DC, he said, “Your name is beautiful and definitely you will feel good but to us it will sound like current, DC and AC.”

During the game, Dhulichand revealed an interesting detail from his life. He shared that Amitabh Bachchan owes him money since 1970. He said, “I desired to see your film ‘Muqaddar ka Sikandar’. I managed to procure Rs 10 somehow and traveled miles to a theatre after making all possible calculations on how this Rs 10, would be spent or be enough for the film to be seen, I stood for hours, with the Rs 10 and by the time my turn came to the Box Office window, a rush for tickets and the stampede of the audience, resulted in the Police being summoned. I got pushed as police did ‘lathi charge’ to disperse the crowd. I fell to the ground and had a head injury. I swore never to see your film again and wished to narrate this incident in front of you and hoped one day perhaps we could see the film together.”

Big B gave him 20 rupees back clearing the debt with interest.