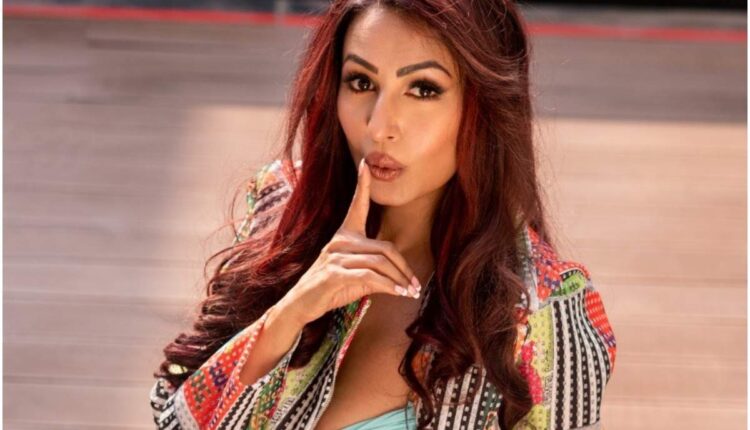 Kashmera Shah hits back at Rubina Dilaik and Abhinav Shukla for their comments on her tweet; says, “Are they acknowledging that they just ate apples and did yoga?”

The intense drama of Bigg Boss 15 has flooded to streets and now the ex-contestants of the show are having a war of words.

In a recent tweet, Kashmera lauded the makers of Bigg Boss 15 who choosing such entertaining contestants. While doing so, she also took a jibe on ex-contestants from Bigg Boss 14, Rubina Dilaik, and Abhinav Shukla. Kashmera wrote, “Just saw last night’s episode, and this season of @BiggBoss kicks last season’s a**. Superb job team for casting interesting people that are interested in playing the game and don’t spend their entire time doing yoga and eating apples @ColorsTV @BeingSalmanKhan #bb15.”

Rubina replied to her tweet with, “Sending you love and strength.” Kashmera was also in no mood to take it from Rubina and wrote, “Thank you but I avoid fake love and fake strength. So should u.”

Abhinav also gave it back to Kashmera and wrote, “For all those who are struggling to tweet something, apparently smart to get back to do another INSIPID stint in BB I will send 10 Kgs of apples and if you don’t get another stint ….Yoga really helps! #wasteoftweet.”

Kashmera, in an interview with ETimes TV talked about the whole incident and shared, “I don’t know why they reacted. Are they acknowledging that this is all they did, especially Abhinav? Also why did other participants not react? Why only these two?”

Kashmera added, “I don’t target anybody, especially where ‘Bigg Boss’ is concerned. My reaction is of an audience. I think this season is awesome and that what I wrote last season saying that it was boring as hell was something I was also a part of.”

Talking about Abhinav’s comment on her tweet, she said, “Did no one else eat apples in the house? And Mr A Shukla needs to check IMDB before he comments on my achievements. Please introduce him to Google.”

“Anyway, now I am moving on to giving my opinion about people that actually Live and do not Exist. So, it’s back to my favorite show and there are more charged-up contestants this season,” Kashmera signed off.