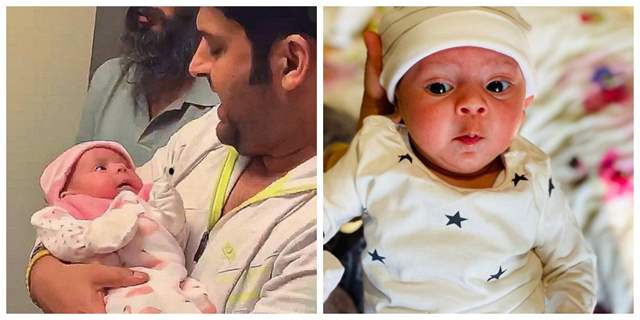 Comedy king of Indian television, Kapil Sharma has been bringing smiles on our faces since a very long time now. He got married to his girlfriend Ginni Chatrath last year and recently became father to a beautiful baby girl.

He was elated to be a father and has been talking about it on his show very frequently. The little angel has brought in treasures of smiles for him and it’s evident how happy the new parents are in the pictures Kapil shared today on his social media post.

The cutest pic ever, don’t you think so. She is gorgeous. Many many congratulations to the new parents…