The story starts with a girl buying jewelries and the shop person warning her to be safe. Outside a girl named Anjali is informed about it. After the girl comes out, Anjali quietly follows her. The girl thinks it’s a thief after her and she runs. Anjali manages to catch her and starts questioning her about name and college. The girl asks why would all that matter to her. Anjali says one needs her approval to be in touch with Angad. The girl asks why would she need her permission? Who is her? Anjali says she’s his best friend and she has rejected her, so she better stays away from him. 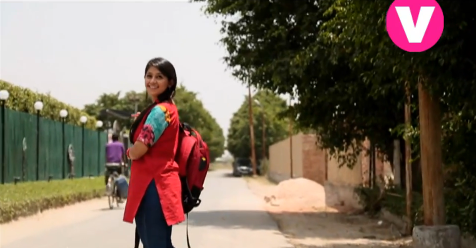 In college, Anjali’s friend tells her to stop babysitting Angad. He doesn’t care about her. Anjali shows her a candy bar wrapper on which Angad wrote, Anjali and Angad best friends forever, in their childhood days. The wrapper flies away and she runs everywhere like crazy to get it. After running a lot, she finally manages to get it. Her friend comes there and in their conversation, Anjali realizes that Angad is returning tomorrow and she has to keep his project ready. She rushes to home. 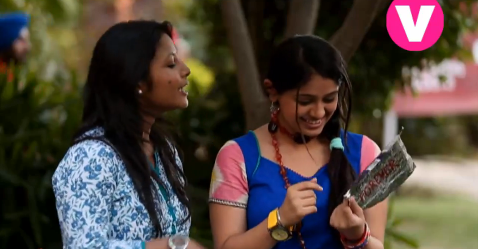 She starts working on his project. In between, she falls asleep and gets a dream of Angad giving all his projects’ credits to Anjali in front of entire class, and then him going to her to propose her. He says, I love, and that is when her phone rings and she wakes up. 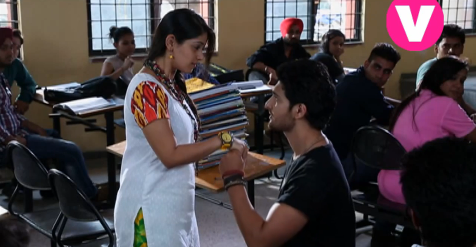 Her informer tells her that he has got some news for her, but in return he asks her to get a girl’s number for him. Anjali agrees and continues working his project. It’s 6 in the morning and now she gets ready to go to college. She has Angad photos all over in her room. She tells her God that everything is perfect in his life and wishes for the same in her life. Just when she’s leaving, her mum stops her as she found out from a neighbor that Anjali doesn’t have first 2 classes today. She is taking her to the kitchen. Anjali is requesting her to let her go. Her dad comes out and asks her mum to leave his daughter alone. Her mum says, from what angle she looks like a girl? Neither she knows anything about kitchen nor she goes to parlor. She’s very jhalli (crazy type person). Anjali says Angad is coming and that is why she wants to go early. Her mum says, what’s so special in him? He’s no Shah Rukh Khan. Anjali’s dad tells her that she still has not forgot SRK. He’s now father of three children. He keeps Anjali’s mum busy in their argument and signs Anjali to go. Anjali goes to her room and goes down from her window. Her dad is waiting outside and he gives her a lift.

Anjali arrives at the college and her informer informs that Angad came late night. Anjali gets mad as he had told her that he will come in morning. She calls him, but he doesn’t pick up. Anjali leaves a message which scares him and he gets up right away and runs to the college. Anjali challenges with her friend that Angad will come within 5 seconds from now. Angad is running to the college. He bumps into girls and starts flirting. He runs again. Anjali decides if he comes in a second, then he surely loves her. She counts 1 and opens her eyes. Angad is running towards her. She gets happy, but Angad ignores her and runs straight to the notice board. It turns out Anjali informed him that his name is in attendance blacklist. Anjali laughs at him and he understands that she lied to him. She says she lied because he also lied. She runs and he chases her. They go on the terrace and Angad finally catches her. They sit down. Angad asks why he should call her, whether she is his girlfriend or what. Anjali gets lost. He asks her what she is to him. She just watches at him. He then says it himself that she is a big “kamini”. She tells him he’s a bigger “kamina”. Both laugh and share a good time. He then asks her if she’s coming to one of their friend’s sangeet function. She asks why. He says that he has a surprise for her, he wants to tell her something, and he’s sure that she will go crazy after listening that. Anjali thinks he will finally tell her I Love You. 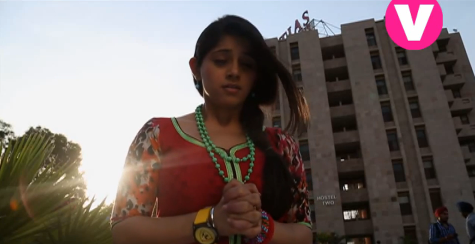 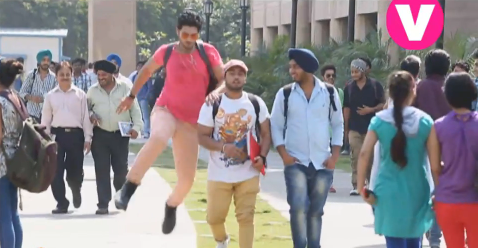 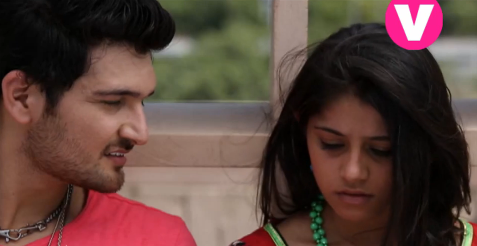 Precap: Anjali and Angad meet in the function. They are alone. Angad removes his shirt to show her the surprise. Anjali thinks this is getting a bit more now.

Danny to make tough choice between right and wrong