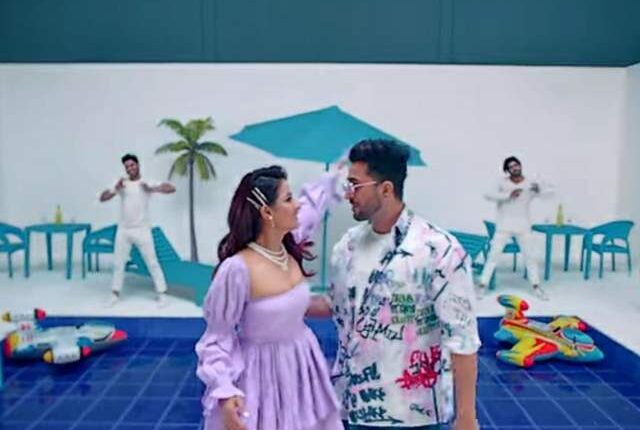 Jasmin Bhasin and Aly Goni have been making the headlines ever since they declared their love for one another in Bigg Boss 14. The two have been loved and adored by their fans for their mushy mushy new found love and now, even after their BB stint is over, they are in the news. Two days ago they declared that they will be starring together in a music video and now the two have shared the same. The music video is out and is trending everywhere.

Tera Suit is a sing by Tony Kakkar and if one looks at it closely, it reminds largely of Sidharth Shukla and Shehnaaz Gill song Shona Shona. However, the song makes you want to hope that it will be a peppy number and there will be more to it but the lyrics or the music don’t go down very well and seem rather forced together.

Jasmin and Aly have tried to do a fair job with the song and they might be the only saving grace for it. When the poster came out, it seemed like something different that the trio will add to the existing list of music videos, but this seems to be no different than a handful others.

Check out the video here: