Hi guys I’m Anee and here I come with TS on “AdiYa”….hope you will like it.

There were big cliff was shown…back was shown of a girl who was stood on the peak of cliff…she was wearing White long sleeveless anarkali frock……air were blowing her hairs….drops of tears falling down from her eyes….it seems she didn’t want to live more….. She was looking like heartbroken completely by someone in her life…the pair of eyes were remained widely opened….unexpected expression shown on his face….he took two step ahead to stop her by jumping from cliff….but he stopped in a midway by some thoughts…he gradually took steps towards her….he reached to beside her…he look down…took long breathe… Then tried to jump over the cliff….then girl held his hand and pulled him back….he pulled by her then both fell down boy was top on the girl….both shared beautiful an eye lock…..he stop him by jumping….their eye lock still maintained by them for coming few moments….. After sometimes they realized their positions and stood and parted ways… 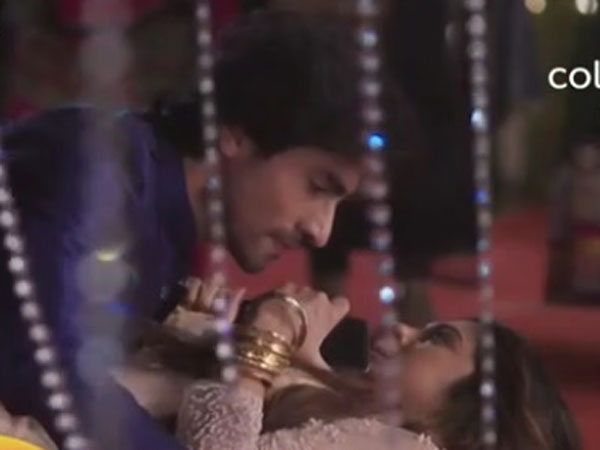 What were you doing?? Are you out of mind?? U were going to do suicide?? That is crime and Allah won’t forgive you for this…. Aap ko jannat kiya dozakh main Bhi jagaah nahi milegi…she said to him.

He smiled… Exactly… I wanted to understand you same thing but OMG!! you are damm smart he gave her intelligence expressions..

What do you meant by this?? She asked

OK if you want to hear?? OK so I telling you… here carefully… Actually I was passed from there then I saw you’re going to jump from the cliff I was worried to see you I wanted to stop you… But I thought if I straight came and stop you might be you won’t understand me…that’s why I pretend to be suicide from the cliff I want to an understand in your way…and see I got in such doings.

Ohh Allah Miyan how I understand u I wasn’t trying to jumping from Cliff… I was stood here and was taking fresh air…because today my and my yash’s wedding anniversary and he is not with me I came here because this was his favorite place.

Accha.. ok now where is he now? He asked.

She became upset at his question… and looked down..and replied…he is no more…I lost him in a car accident with saying that tears were welling from her eyes…

Ohh!! I’m sorry I didn’t knew that… I’m really sorry he tried to calm down her..

She wiped tears its ok. That wasn’t your mistake don’t feel bad…

He smiled ok… Can I drop you home??

she went with her he drove the car… the drive was silent… they wasn’t uttered any single word from their mouth… suddenly she said…drop me here my house near from there I’ll manage myself…if mumy jee see me with you then she won’t spare me for that..

She is like my mom I’m not scaring from her I just respect her… I’m scaring from hurting her she already lost her son now I don’t want to hurt her anymore.

He opened the gate she thanked him and went… she lost her bag in his car. He saw that he worried about her

Ohh shit she lost her bag excuse me.. He came out from the car started finding her.. But she was suddenly disappeared from there…

He was going from his car then suddenly he put break on the ?…then he came out from his car he saw the same girl who was came in front his car.. He was shocked..

Ohh tumm?? Please don’t say again that you didn’t tried to commit suicide.. I think this place I’m mean this road was not favorite of your husband na??

She was crying she immediately hugged him…then thunderstorm is happened she tighten her grip… He was shocked at her sudden antics soon rain is happened.. He broke the hug…

Are you okk?? He asked worriedly.

She wasn’t able to look in his eyes…she nodded yes while looking Down..

Okk what were you doing here?? He asked loudly because due to heavy rain they weren’t able to hear so slowly..

OK please don’t cry …then he saw a small tea stall behind her… Come let’s talk under the shelter of tea stall… He held her hand and took her there….she was just staring at him during walk…They reached under the shelter…he leaved her hand…

Now tell me what happened with you?? Why are roaming on the road at this time??

How can they do this?? They aren’t human beings… how can they threw a girl out of the house in the mid ?..

Ok let’s go he said to her.

Where?? She ask during looking at him.

Yes, it’s late night you need to take rest and u can go in morning towards your destination.. I won’t stop you.

But…she tried to say something

They were stopped near their car…he Sat to her in…. she was looking at him… While he round other side sat in the car…he drove the car…

They reached at home…where he shows her room to her… everyone was shocked to see Aditya with another girl. So many questions were roaming in their minds but they didn’t asked anything to him.

Ok so here you can stay one night… and next morning you can go as you wish.. I won’t stop you okay??

She was praying then Aditya gave her job offer letter.

She shocked what is this??

This is your offer letter…. you need for a job na… see nowadays I’m working in dad’s business and I want a secretary so will you accept this job on the post of my secretary… you can also live in this house I haven’t any kind of problem… do you??

She shocked as well as confused didn’t understand what to say you or no….woh hum…..Woh hum..ahh…Zoya

woh hum woh hum what?? you are accepting this Job that’s it… and you need to join from today ok? Aditya

By d way what is your name??

And your?? She asked

Waise I’m captain Aditya hooda but now a days I’m working with my dad in his co.

So friends tell me how is it??