Recap: Ankush says, “You’re not my son anymore. I disown you. Angad, Amrita and Divya, just get outside with your brother. You are not my children. You are brutal dogs.” The five (Angad, Rithik, Shivanya, Divya, Amrita) tried to convince him but Ankush ousted them from their house.

The episode starts with,
Shivanya, Rithik, Ruchika, Angad, Divya, Amrita, Swara and Ragini are leave Rithik’s house. Ankush shouts inside to his PA, “Mr.RJ, Tomorrow, arrange a press. I’ll inform officially that I disowned my son and other children.” That is heard is by them. They are heartbroken. Shivanya apologises to all, “Everything is happened because of me. Dad disowns Angad, Amrita, Divya and Rithik.” Angad answers, “Don’t worry, bhabhi. Our brother is important to us. He is like our father. As a father, my father doesn’t spend his time with his sons nor provided the sufficient love for us. We got everything from our brother. We can do anything for my brother.” Amrita and Divya agrees. Rithik says, “But I fear is, Dad has heart problem. Doctor is asking to heart transplant, but he is not agreeing becasue of fear. Becasue of depression hope he doesn’t do anything bad.” Rithik cries. Shivanya wiped his tears and consoled him. The five have a group hug. Ragini says, “Chalu had called me. Her parents are out now. We shall stay there for this night.” Swara and Ragini hugs Shivanya and bids them.

Next day,
Rithik says, “Angad, Amrita, Divya and Ruchika, I have some amount in my bank as savings. You four get a house for rent.” Ruchika asks, “What about you, guys?” Shivanya says, “We are going to Ooty for job. Rithik knows to knit sweaters. I can start a bakery. Ooty is famous for both these things. Please, stay here.”
Ragini interrupts, “Shivanya, this is not fair. In case of emergency, you need us. You don’t know anyone there. How could you survive there?” Rithik says, “It is not a big deal. Our parents disowned us. We have to prove that we can live without his property and money. I don’t want to risk Angad, Amrita, Divya and Ruchika’s education. They should complete their education.” Chalu says, “Here is Rs.5,000 and some of my jewels. It would be helpful for your job.” Swara and Ragini gave them some of their jewels and money. Though Rivanya denied to get that, they forcefully give that to them. Shivanya’s eyes are wet, “I’m always grateful to you.”

After few days, Rivanya come to Ooty. With the help of the jewels and money, they could make Rs.15000 which is considerable those days. They somehow managed to get a house for rent. They worked hard even without sleep and rest. One day, Rivanya had a consummation of their marriage. 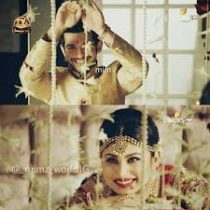 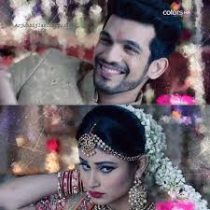 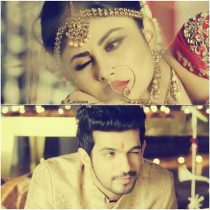 Three years later,
Shivangi is born. Rithik’s sweater business improved and he started a small Cotton-Textile company. Due to his honesty and punctuality, soon the business improved. Rithik appointed a guy as his Assistant to notice whether the work is going smooth under his absence. Shivanya quited her bakery business as Rithik is started to earn enormously and also as a mother. One day,
When Shivanya is serving Rithik, Rithik compliments her beauty. Shivanya blushes. Rithik comes near her. 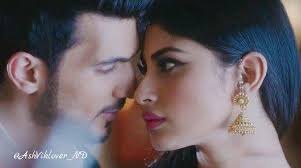 He kisses her. (Tum hi ho plays)
Suddenly, Shivanya releases herself from Rithik’s arms and moves to washroom and takes vomit. Rithik feels nervous and he calls doctor. The doctor gave them a good news that Shivanya is second time pregnant.
Rithik becomes happy and carries her and smiles. 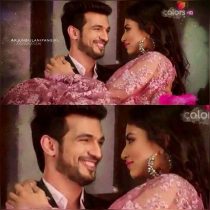 Shivanya says, “Shivangi is crying, I’ll see what happened to her.” Rithik says, “She is sleeping peacefully, darling. Why are you always trying to escape from me?” He smiles. They become romantic.

As soon as he knows Shivanya is pregnant, he avoids to work and he cares Shivanya. Shivanya advises him to go to work but he remains adamant. He replies, “We can make money anytime, not love.” He rarely goes to office. Months passed. Shivanya is seven-months pregnant. As Rithik remains in home, his assistant shows his true colours. He made useless investments on Rithik’s name and he stole the money and runaway. This incurrs a huge loss to his company. He gave all his major savings to save his business.” When Rithik knows this, he becomes heartbroken. Shivanya consoles, “Rithik, it is a lesson. We should not trust anyone madly in business. As you say, we can make money anytime.” Rithik caressed her, “Don’t worry. everything happens for good cause. Don’t take stress.” Shivanya smiles. 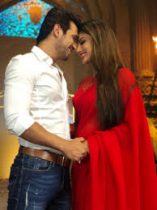 Shivanya becomes dull and thinks, “Why am I getting stomach often? It is not usual in pregnancy. Shall I say to Rithik? No, he is already broken inside”
The next day,
Shivanya and Ritik went to movie. While returning, Shivanya exclaims, “Rithik, like that movie, our parents too avoided us and disowned us. We should not be like that. We should approve if our daughter is loving anyone truly.” Rithik says, “Of course, Shivangi should not experience this situation.” Shivnaya says, “Even our second child…” Shivanya faints. Rithik gets panic. He admits her in hospital. The doctors days, “Mr.Raheja, Your wife is experiencing stomach pain since one month. Why haven’t you informed us? ” Rithik says, “She doesn’t say this to me, doctor. Is there any complication, doctor?” Rithik sweats. Doctor replies, “The baby is formed in the uterus tube and not in Uterus. It is extremely dangerous for mother and child. Its too late, Mr.Rithik. We have to save only one life either baby or mom. Also, it costs lakhs.” Rithik gets shocked. He says, “Don’t worry, doctor. I’ll arrange soon. Please save Shivanya at any cost.” The doctor says, “Tomorrow afternoon is operation. Please be soon.” Rithik cries thinking, “I have just 15K, Where shall I go for lakhs,” Rithik suddenly gets thought of his
father. Rithik takes Shivangi and leaves for Shimla (as per ff, Ankush and his family are staying there) He gives the baby to Ruchika and informs the situation. He later leaves for Ankush’s house. His workmen welcomed him and says, ” Have yous seat sir. Sir (Ankush) has gone for hospital. He is going to have his heart transplant soon.” Rithik waits for him relentlessly. Ankush come there with two men surrounded by him. After seeing Rithik, Ankush’s blood boils and slaps the workmen hard for letting him inside. Rithik narrates the situation and pleads his father for money. Ankush laughs, ” God has given a right punishment for that characterless girl who had driven my children. She deserves it.” Rithik falls on his foot and says,”Please father, she is fighting for her life in hospital. I’m begging you for money.” Ankush turns back and says to the two men, “You guys are asking for money, right. I will give you 10 lakh each. Go and live.” He throws 10 lakhs to them and the two men leaves. Ankush heads towards Rithik, “I can give money for enemies but not for Brutus like you.” Ankush kicks Rithik. 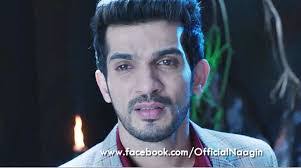 Rithik hold his legs and begged him. But Ankush’s heart becomes harder and he throws Rithik from his house. Rithik goes to Shivanya’s parents for help. They too cursed him and sent him back. Rithik gets a call from doctor and he gets news of Shivanya’s braindeath due to fits (Seizures)
Rithik reaches the hospital. He sees Shivanya’s body is covered by bedsheet. He could not control his tears. He is totally broken. He cried louder. Angad, Ruchika, Amrita, Divya too reaches there. Rithik suddenly get to know of Shivanya desire of donating her body parts like HEART, lungs, kidney to patients. Rithik donated her body parts.

After few days,
Ankush had a succesful heart transplantation. He desired to thank the person who donated heart to him. Somehow he manages to get the address of donater’s family and reached there. He knocks the door. RITHIK OPENS THE DOOR. Amrita, Ruchika, Angad and Divya stared at Ankush angrily. Ankush exclaims, “I have came here for thanking heart donor for lending their heart to me. But it is suprising that it is your house.” Rithik understands SHIVANYA’S HEART IS TRANSPLANTED TO HIS FATHER. Rithik loses his cools, “Oh, so sweet. My wife has given her heart to such a heartless person. Seriously, I don’t even have idea that you got her heart. See, the girl you kicked and cursed had saved your life and not your useless property nor status.” He see a briefcase with Ankush. Rithik says, “who needs your money now? You killed my wife now. Just get out of here, don’t ever try to see my face. from now, I disown you. you are not my father.” Ankush cries, “Sorry, Rithik. Please forgive me. I killed your wife but she saved my wife. I don’t deserve apology. Please, forgive me, Rithik.” Rithik shuts the door and cries.

To my readers,
This is Rithik and Shivanya’s past. Sorry, If I added too much pics or content. Please bear with me. Give your deatiled thoughts in the comments. And are you thinking that Love Marriage is a sin.

Twinj: When I Fell For You: Season 2 Episode 22