It was decided by the rathores and oberois that shivika remarriage will take place that too in udaipur , anika’s birthplace with the blessings of her grandpa and grandma

To fight back her tears ishana then hugged anika

Aditya- lots of work to do

Ishana- aye haye jiju you are blushing oh my god …

Rudra- arre ishana didi its not oh my god in our family we say OH MY MAATA!!! Samjhi

Rudra- but i called anika bhabhi as anika di too

Rudra(making a pout)- but now i wont do that

Rudra- why are you guys getting shocked

All- because it was UNEXPECTED

Anika- even i was going to say the same thing

Aditya- me too , you know i was missing the roads of india and thank god that you gave this suggestion ishu love you (gives her a flying kiss and she returns the favour all smile at the cuteness of the bro sis duo)

Anika- and what about me

AdiIsha- we love you too

And hugged her tightly suffocating her

Adika- arent you coming with us

Adika – but who will stay with you

Ishana- i’m not a small child

Ishana- i give up i cant win from you guys

Adika- we know that

Aditya- chutki i will stay back with you

Om- i will stay back with

Om- yeah see i havent brought any clothes , then you know shivaay nowadays rudra has gone totally insane so you bear with him cause i cant then rudra will also entertain you

All- ok ( a bit suspiscious)

Next morning
Ishkara bid everyone bye as oberois and rathores leave

Aditya- you cant wake her up easily even papa doesnt

[She remembers her moments with om an blushes]

[She remembers their kiss in hospital after her accident]

Thoughts
Om- what are you doing om this is not right

Ishana- but it wasnt wrong either
But still

Om – it wasnt suppposed to happen

Ishana- do i love him

Om- do i love her

He went to talk to her

Ishana- sure why not

And they hug passionately

Ishkara POV
does he/she love me

Later they talk crack jokes and carry on with regular schedule

Rathores are shocked beyond extent

Here the oberois and rathores reached the Rathore palace in udaipur

All were shocked to see the beauty of the palace

All- OH MY MAATA !!! THIS IS SO BEAUTIFUL

They welcomed oberois and vikram

It was time for aditya’s welcoming

Anika was tearing up

Rajeshwari went to her

Rajeshwari- my anika how are you

Rajendra and aditya along with vikram joined them

They all went to living room to discuss the wedding

Dadisa(rajeshwari)- so when will ishu arrive ???

Vikram- maa why are you taking that girls name

Dadasa(rajendra)- VIKRAM, dont you dare she is my granddaughter when you cant take her name then dont even think about saying anything against her in front of me her grandfather is still alive , you dont want to give her a father’s love fine but you dont have any right to insult her i was silent 14 years ago because you were broken after ishika’s death and she herself stopped but now even if she stop me na then also i wont hesitate from slapping you i lost ger once because of you she said that you were her superhero and will not abandon but this superhero turned into a super villain and spoiled her life you tell me which father would throw his daughter in an orphanage dont make sad or you will have to face me hope you get it

dadasa/dadisa- what accident nothing happened to her right

Adika tell them everything

Dadisa- thank god she is safe

Aditya gets a call

Dadisa- who was that

Aditya- ishu said she has left for udaipur with omkara .

Dadasa- waise which kind of royal you oberois belong to

Vikram(muttreing to himself)- i knew this was going to happen

Dadi- we dont belong to any royal family

They opened their eyes to see dadasa laughing

Ishana – uff this is boring omkaraji what should we do

Ishana- you can sing
Om- yes

Ishana- so start na what are you waiting for

They reached udaipur next day

(She remembers them pampering her)

(They come in front of her now she was crying badly)

Dadisa- but what about your welcoming

Dada/dadisa- my ishu has grown up now

Rathores are shocked beyond extent

Ishana- no who is it i guess it was di people were saying YUVRANI KI JAI HO so it must be di right ???

She leaves to her room

Rathores(together)- HOW DOES SHE NOT REMEMBER THAT SHE IS THE YUVRANI !!!

OBEROIS ARE SHOCKED TOO

Aditya- that he mixed something in her juice and while dadasa was crowning her she was under its effect that what all that man did that day was planned he took away our mom that means….

Vikram- enough i wont hear a word against chotte

Vikram- so you are believing that instead your son

Vikram- i know she is lying

Dadasa- why do you think she will lie vikram a ten tear old girl who was present at the sight of her mother’s murder who saw her mother dying why will she lie to you , you know what vikram that man has filled poison in your mind against your own daughter your princess your ishu , you always said that you were her superhero but you yourself destroyed her when she needed your love you threw her away vikram she had seen her mother going away from her you yourself had seen her there the way she behaved that night after we rescued her from that place but i dont know how that bastard was able to call you and fill your mind against that pure soul he took away this home’s happiness away vikram and still you are supporting him

Vikram- i know my brother he cant do this

Dadisa- rajendra why are you explaining him its waste of time

Precap : ishana in rathore’s headquarters and gets a panic attack

All eyes were now focused on ishana

Ishana- yes , see you oberois are punjabis right and we are rajputanas so our culture is different than yours so there can be clashes of cultures , to avoid that we will have double celebration except the mehendi applying part as di has only two hands (all laugh) so its gonna be like two engagements on the same day , two sangeets , two haldis , two weddings one with all punjabi rituals ,other with rajasthani rituals then reception will also be double and all of this will last till a month

Ishana- because we are rajputanas thats why ?

Aditya wore a white shirt along with his navy tuxedo

Om in green kurta which was styled like a sherwani

And rest all you can imagine

First ishana’s pic was to be captured

Om- you are looking very beautiful yet simple

Om- what happened to my hair

Ishana- you should open i like it that way

Om- why dont you open it

Ishana face turned crimson. Om was thinking what did he say

Ishana then opened his hair and ran away

Same order followed by oberois rumya did their photoshoot together 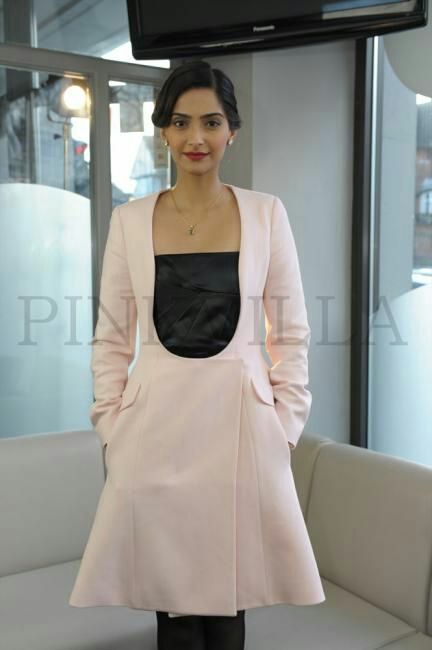 Dadasa- she wants to learn my strategy thats why well aditya , shivaay you guys can join us om you also hop along you are new in business

Ishana was checked by rajeshwari (she was a doctor)

Finally she opened her eyes

PPS: I LOVE YOU ALL READERS