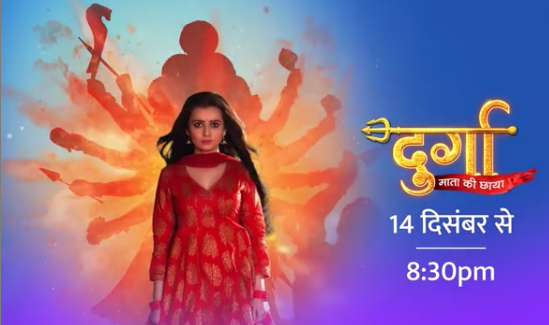 How many of you are awaiting Star Bharat’s new show Durga?

Star Bharat has recently released the promo of it’s latest show “Durga“, which will premiere on 14th of December

The show is based on one of the most popular series of Star Jalsha of the same name, released in the year 2008

In the 2008 series, a strong devotee of the Goddess, Durga gets married to mentally estranged Rupam who had been held captive by the evil Damini for his good fortune. When, Durga enters his life, she changes through her faith in the Goddess, which is her biggest strength.

In the Star Bharat Series, Chahat Pandey, Avinash Mishra and Rakshanda Khan are cast in the lead roles.

Chahat Pandey was earlier too cast in a Mythology series as Radha opposite Sumedh Mudgalkar,  but later replaced by Mallika Singh.

Rakshanda Khan has become common name in Hindi Television Industry through her several positive and negative roles in many popular Hindi television operas.

So, what do you think with a powerful cast and an intriguing plot, will this show catch the attention of the audience?

Put in yours views as comments!

Which is your favorite pair of Gupta Brothers – Chaar Kunwaare From Ganga Kinaare?