His first and only love- Rikara ff (Chapter 2: His Reason) 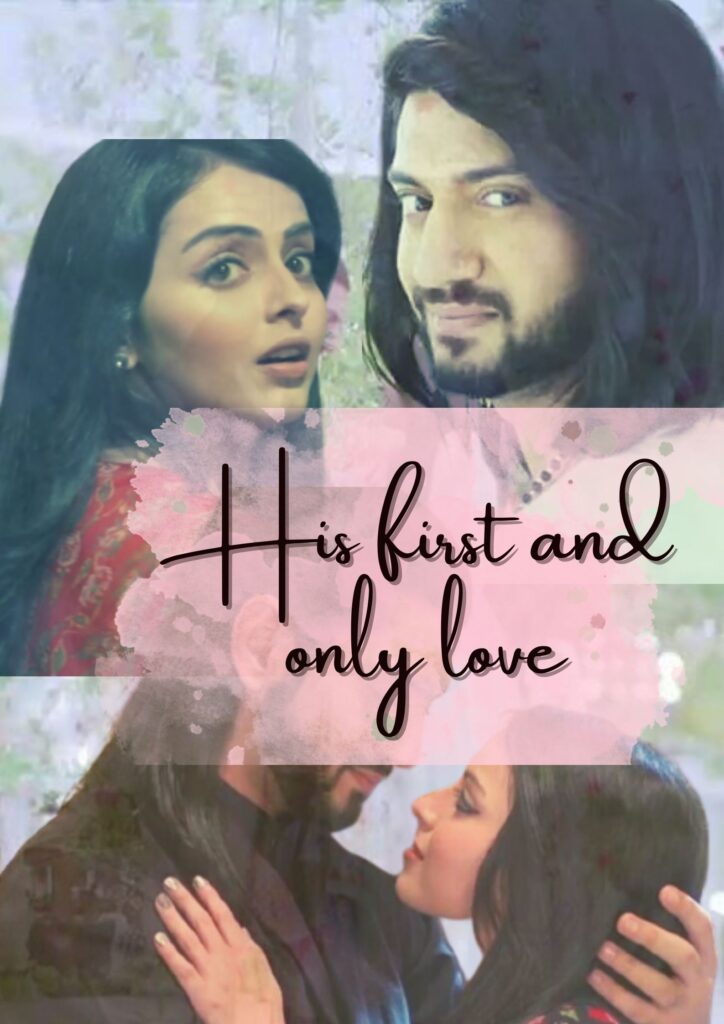 She wanted to ask him so many things, how he was doing, how things were going on in his life…if he missed her…and if he still loved her…

No it shouldn’t matter to me…I shouldn’t feel this way. I’ve always wanted him to move on, then why do I always get these feelings..? Gauri wondered.

“I honestly had given up even trying to get to you. I know you don’t like me and maybe even hate me. I didn’t want to force you or anything..it just happened somehow and I went with the flow.” Omkara explained softly.

Hurt would be too less of a word for what Gauri was feeling. She felt like she was stabbed in her heart.

Did he really think that I hate him? Hate? No, even if I try, I can’t hate him. I just can’t. And he gave up on me? Gauri’s heart wondered in shock.

No Gauri! You’re not supposed to be sad about it!! Isn’t it what you wanted him to do? To stop pursuing you? Why are you sad now? Her mind asked her.

“My mom had seen you in some marriage. You were helping an old lady. She liked you then and there but wasn’t able to speak to you.” Omkara continued “And then she had left the thought but then…”

“Then what happened?” Gauri asked curiously. She tried to think of which function it could be but just couldn’t remember, she had herself been the event managers of so many functions and sometimes she used to help Anika manage her functions. So to think of one function almost seemed impossible. But at the same time, she knew well that in all the events she had organized, none of the Oberois were invited so probably had to be one of Anika’s functions.

Omkara couldn’t help but smile a little. Ahh the curious Gauri he fell in love with. How cute she was when she would get curious. But shrugging his thoughts away, he continued his explanation “And then, one day when the broker was showing some photos of different girls, yours’s flew out of his bag and my mom saw it. But the broker took it away saying that it wasn’t for us. But then my mom asked him details about you and she got too excited…”

Gauri listened to him curiously.

“And well, after that she talked to dad about it and my dad was just too happy that mom had found the girl she had been singing praises and bragging about ever since the wedding. And then they both convinced me to spare a look at the girl’s photo.”

“Then?” Gauri asked unable to hide her curiosity.

“I was shocked. Although my first instinct was to agree, I rejected it. They kept asking a reason and I said nothing, But it seems you impressed my mom way too much because she wouldn’t leave me till I agreed to see you. So I had to tell her our past, I told her everything. But she felt this is what destiny wanted to happen and despite trying, she didn’t let me give up. So here I am.” Omkara said, and then looking intensely into her hazel eyes, he continued “Gauri, I felt like it was what destiny wanted to happen. So I came, the rest is up to you. Whatever you decide, I’ll accept it.”

Gauri was taken aback by the revelation. Her Shankar ji  was surely playing games with her life. Honestly speaking, she had always wondered what if someday they had crossed paths again? But then thinking it was too dramatic, she’d always toss away those thoughts. But now here she was, getting played in the hands of destiny.

Did her fate really plan their union?

Omkara observed Gauri while she was lost in thoughts. He had always wanted to spend his life with her, he knew it right from the start that it was not just a mere teenage crush or infatuation, he knew well that she was special and would continue to rule his heart no matter what. He knew she was the one he wanted to spend his life with, the one whom he could never stop loving no matter what, so to even think of someone else felt like he was cheating himself, her and the other girl.

In the past 11 years, he thought maybe with time he could move on. But deep down he knew that no other girl would ever take the place of Gauri and no matter what, his feelings for her would always be constant, if anything then he found those feelings were only getting stronger. His thoughts were always surrounding her, even if he tried to toss it away.

“Gauri” Omkara called her softly, breaking her from her trance.

“How are you?” He asked the question that she wanted to ask him. For a moment she didn’t know what to say, how to tell him about the confusing feelings she had for him.

“Omkara,” Gauri started and Omkara melted listening to her calling him again, how he missed hearing his name from her mouth. “Do you really think this is what Shankar ji wanted?”

Well, wasn’t expecting that question. Omkara thought to himself.

“At the end of the day, the choice should be yours, Gauri. I don’t want you to choose anything because that’s what you feel God wanted you to.” Omkara said “But, one thing I can assure you, my feelings are still the same for you Gauri. In all these years it has never even by a bit decreased.” He didn’t even know why he told her what he did, but he wanted her to know that he still loved her.

Relief washed over her as she heard his words. But why? Why would it matter to her? Relief should not be what she should be feeling.

Oh god what’s wrong with me? Why am I feeling relieved that he still….loves…me? I should not be feeling this…what is happening to me? How can I be so selfish? How can I feel happy to know he still hasn’t moved on when I clearly don’t feel the same for him. Or…do …I….feel something? No no noooo it can’t happen…

“Gauri take your time. I’ll tell them if that’s the case. But if you have decided.. then..” he didn’t complete his words as it hurt him to think of having to go away from her yet again after getting this chance. Even though he had convinced himself she would reject the proposal, somewhere he hoped to get a chance.

But not all good things happen to everyone.
Hearing no reply from Gauri, his heart broke. He knew how she would never say anything that hurt others until it was really important to say it out. So her silence meant her disapproval.

“Its ok if your answer is no. I hope you have a wonderful life and that guy who will have you in his life, would be the luckiest guy. I’m sorry for troubling you….” Omkara hesitated before he finished, “I’ll leave then.” Saying this he turned around to leave, trying his best not to cry.

But before he could take another step, he felt his hand being held back by a soft small hand, turning around, he saw her holding his hand, looking into his eyes, her tears threatening to fall down.

“I..don’t know..I need some time to think about this…please” Gauri said, and then as one of her tears escaped her eyes she asked, “Why does everything have to be so confusing?”

Omkara quickly wiped away the tears not able to bear it.
“Gauri, I promise everything will be ok even if you say no. You don’t have to think about anyone else. Just think about you. About what you want.”

“Take your time then Gauri.”

“How much time?” Gauri asked “It’s not like there’s much time for me to understand it. I-“

“I’ll wait till I get old, if that is what you want me to.” Omkara interrupted.

Gauri felt her heart melt at his words.
What did I ever do for you to love me this much? Gauri thought, but rather than voicing out her thoughts, she just said, “Please give me a few days.”

“Thank you.” Gauri smiled a little. This man was really wonderful. If only she could fall in love with him, everything would be so good. But it seemed like love didn’t wish to enter her life.

Well, her mom did.
“Gauri, Omkara beta, are you both done?” Gauri’s mom, Vasundhra asked knocking the door.

“Do you want my number or anything?” Omkara whispered.

Gauri nodded and took his number in her phone and called him. “That’s my number” She said with a smile.

So how was the story so far? Liking the characters? Tell me what you guys think about Gauri and her feelings towards Omkara.
Thank you for reading
Stay safe and keep smiling!

Just someone with tons of scenarios on different characters in shows that I watch, & since I cant always give them a story, they're just stuck in there.
Wattpad: Ishana_stories