Puru is shown riding on a horse. He remembers the moments with Laachi and thinks, “She’ll be sad to know how much Hasthi has changed”.

Puru reaches Dasyu lok and gets down from the horse little far away from Dasyu lok. Then he silently walks towards Dasyu lok and enters it without being noticed by anyone.

Laachi is seen working on something near a hut. Puru silently goes near her from behind and makes a small sound. Laachi looks back but Puru hides without letting her see.

Laachi goes towards the side where the sound came and finds none. So she turns back. But suddenly Puru catches her hand and takes her to the place where he was hiding from her. They have an eye lock. 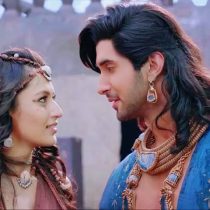 Laachi breaks the eye lock and says, “How did you come here?” Puru , gazing at her , answers, “This is where I lived for 21 years”. Laachi smiles and says,”Mom is thinking that you betrayed Dasyus.” Puru gets surprised. “Why is Queen thinking so? What did I do?”

Laachi gets tensed, “That ship didn’t had Farsis’ wealth. It only carried jewelry and stones” Laachi says annoyingly. Puru gets surprised and says, ”That means Barsin lied to me” .

Puru sees Laachi in angry mood. “Do you think same?” Puru asks looking at Laachi. Laachi makes a questionable face. Puru says, “You said Dasyu Queen thinks that I betrayed Dasyus. Do you think same?”. He looks at Laachi in an innocent way. Laachi says, “I don’t think so” and smiles with him. Puru gets happy and hugs her. 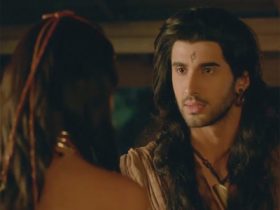 Laachi gets surprised and happy at the same time. Puru says, “No matter who disbelieves me, I know that you will never give up your faith on me. I promise you. I will never let that faith in you for me to fade away even for a second.” Laachi gets happy and smiles. She breaks the hug and tries to say something.

At the same time Dasyu Queen, Mahanandini sees Laachi talking with Puru and gets angry. She orders her men to surround them and catch Puru. They surround Puru and Laachi. Meanwhile Laachi tries to say something, Puru stops her. “Do you know what happened to Hasthi?” Laachi says, “I know nothing but only one thing that is..” When she tries to say that thing, Dasyu Queen shouts, “NOW!!!” Dasyu men attacks Puru.

Dasyu Queen shouts saying, “Do not harm my daughter. I only want that traitor”. Dasyu men attack Puru while Puru fights back. Laachi is shocked seeing this and shouts “STOP!!”. Then she runs to Dasyu Queen and says, “Please stop this. He is not a traitor” Laachi cries. 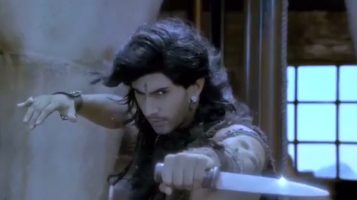 Puruis shocked and thinks, “I can’t fight with them. These are my people.” He escapes from everyone’s moves, turns to Laachi and says,”I’m waiting” and escapes. Dasyu queen shouts, “Let him leave. I know he will return” Laachi looks on. Mahanandini turns to Laachi, “You have totally fallen for him Laachi”

Laachi looks aside, thinks about Puru’s words and says, “I am not! I was trying to catch him by this, but you came in middle and destroyed it” She gets upset and leaves. While leaving she thinks, “Sorry mom, for lying” Mahanandini gets surprised along with a little sadness.

She turns behind and tries to talk to her, but Laachi has disappered. Laachi reaches a river bank and looks for someone. A man come from behind and holds her shoulder.

Laachi gets afraid and gives a side kick. Puru bends down holding his heart. Laachi is surprised, and walks towards Puru quickly and holds his arm asking, “are you fine?” Puru looks at her eyes and replies, “No” Laachi is disturbed and asks, “Is it hurting badly? I’m sorry I didn’t mean to hit you Puru”

Puru keeps on staring at her, “I’m not fine because I was missing you, It’s hurting because of my love for you?” Laachi : “What?” She blushes and turns aside saying, “Don’t lie now. I saw you with Barsin many times?” Puru replies, “Oho so the girl is jealous of this?, you didn’t meet me that day because of it?” Laachi blushes. She goes near the river in an angry mood. Puru goes behind her, “What do you wanted to tell me?” Laachi turns to him and says, “I wanted to say that if mom sees you , it would be a problem.” 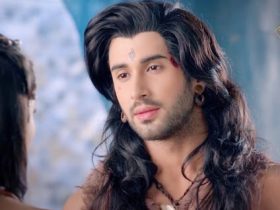 Puru says,”hmmm.. alright then. But if Queen sees you here again with me, it will be a problem for you”. Laachi gets tensed and says, “I told mom that I was going to trap you. If she sees us again, she will think same”. Puru replies, “Ah.. so you are going to trap me? But sorry I’m already trapped in someone”

Laachi ask who is that person? Puru says, She is the princess of…. Laachi interferes. “I knew she is Barsin” Puru gets annoyed. “Don’t jump in between” Puru tries to complete the previous sentence. Laachi interferes, “I didn’t jump. I was trying to help you in completing the sentence.” Puru looks at her eyes. Laachi too looks at him.

Puru holds her hands, looks in to her eyes and says, “You are wrong this time Laachi” Laachi looks at him in a questionable attitude. Puru continues, “She is the princess of Dasyus” Laachi gets emotional. They both hug each other. Laachi is happy. 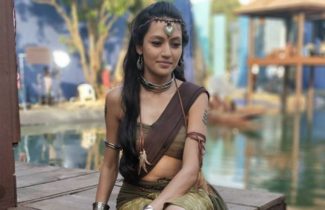 She says, “How will they understand that you are not a traitor?” They break the hug. Puru looks on. He speaks, “I will gain their confidence somehow. But rigth now I have to tell you something important” He tells how Hasthi betrayed him and the whole paurav rastha and his promise to Pritha. “I’m confued” He sighs. Laachi holds his shoulder. “A king has to sacrifice some things to save his people. You promised her as a son, but you took that decision as a prince, as a future king. So your promise didn’t break” Laachi consoles Puru.

Puru feels relieved. He hugs her and bids farewell. “I’ll come to drop you” He says. Laachi refuses saying, “If Dasyus see then there will be another problem, I am the Princess of Dasyus. I can protect myself.” Puru smiles hearing her words. They leave. The rivers flows….. 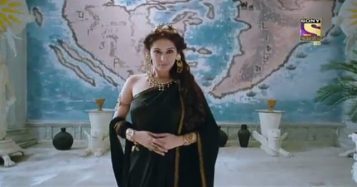 We recommend
8 Comments
Page 1 of 1