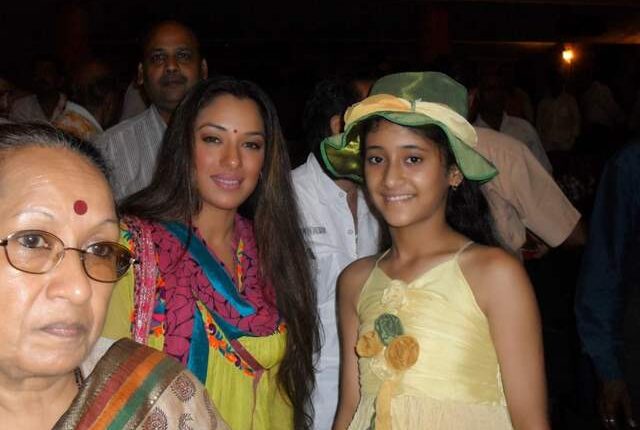 Guess who is this girl Posing with Rupali Ganguly!!

This picture will amuse you for sure. It was taken almost 9 years back. While we can clearly recognize actress Rupali Ganguly, the other girl is the frame might take some time. Now she too is a very well established actress in the television industry and is a part of one of the longest running show on TV.

For those of you who haven’t guessed it yet. Well, it’s Shivangi Joshi, posing with Rupali in the year 2011. While Shivangi Joshi has already become a household name with her character Naira in Yeh Rishta Kya Kehlata Hai, another popular face Rupali Ganguly is making a comeback on the small screen with her new show, Anupamaa.

Shivangi shared that she has grown up watching Rupali’s show and recalled that she even has a pic with the actress that she took nine years ago. She said, “I have grown up watching Rupali ji’s shows, and have also had the opportunity to meet her almost nine years ago. We took a picture then and it was so nice to click with her again after so many years. As warm and cordial as she is, we had a great chat when I met her recently.”
Rupali, too, couldn’t stop herself from praising the young actress and said, “The bubbly, chirpy, vivacious Shivangi is a delight to meet. Her innocence, beauty and talent are a compelling mix that have made her a household name loved by all. She showed me this picture and we decided to recreate it as a then and now picture.”
Like 0 Dislike 0
Share FacebookTwitterGoogle+ReddItWhatsAppPinterestEmail