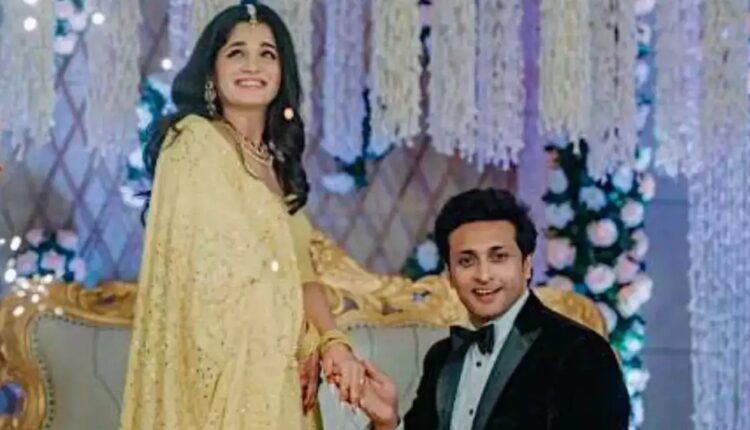 Ghum Hai Kisikey Pyaar Meiin fame Yash Pandit is all set to get married to his girlfriend Mahima Mishra. Yash and Mahima have been in a relationship for the last seven years. According to the reports, the reception will be hosted in the evening while the pre-wedding rituals including Haldi and Mehendi will take place at their homes. The lovebirds got engaged on December 8 2021 in Mahima’s hometown, Kanpur.

Earlier in an interview with BT, Yash revealed how he met Mahima. He said, “We got talking and connected really well at the party. After that, I met her a few times and things took off from there. Since then, we have been together. Mahima has pursued her MBA in finance and works as a risk analyst in Mumbai. We are finally getting married and I am very happy about starting a new chapter in my life with her.”

He added, “We had originally planned to call 150 people but have had to cut down the list to just 50. We don’t intend to call too many people keeping the scenario in mind. We will follow all protocols to the T on the day. At a later date and when things return to normalcy, we will host a party for all our friends and relatives we couldn’t invite.”

When asked about his plans for the honeymoon, Yash says, “Though we are planning a trip to Europe, the plan is on hold at the moment. I want the situation to get better so that we can travel freely.”

Actress Nilu Kohli returns to work after recovering from COVID-19

Shweta Singh Kirti shares a video to pay tribute to her brother Sushant Singh Rajput, on his 36th birth anniversary