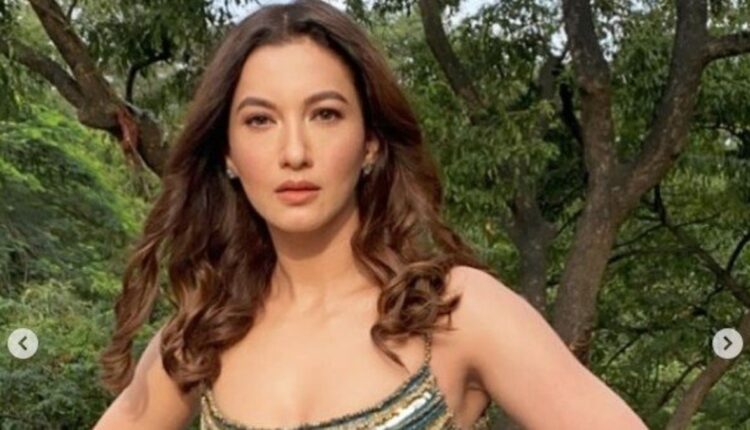 Gauahar Khan issues a Clarification on the FIR against her

Actor Gauahar Khan made the headlines yesterday and for all the wrong reasons. Yesterday we reported that she has been booked for allegedly going out for a film shoot despite testing positive for Covid-19.

According to Oshiwara police, Gauahar had tested positive for coronavirus and as per the norms she was supposed to self-quarantine. A BMC official said that when they went to her home in Andheri (W), she did not open the door. “We then learnt that she instead went out for film shooting. We then approached the Oshiwara police station” said the official.

“An FIR has been registered at Oshiwara police station u/s 188, 269, 270 IPC, 51B of NDMA Act, 3 of Epidemic Diseases Act, on the complaint of a BMC official,” said S Chaitanya, DCP (operations) and PRO for Mumbai Police.

However, we have received a clarification from Gauahar’s team. They have stated that she tested negative for COVID-19. Apart from the clarification of her testing negative for coronavirus, the statement also said that she is a law abiding citizen and is complying with the authorities duly. But it also read his she has requested everyone to not speculate where she is at her emotional lowest having lost her father 10 days ago- 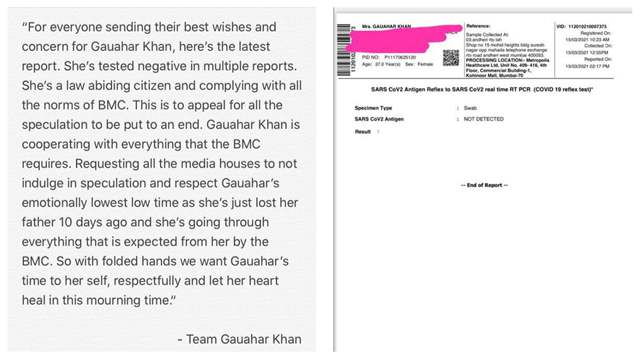 Keep following this space for