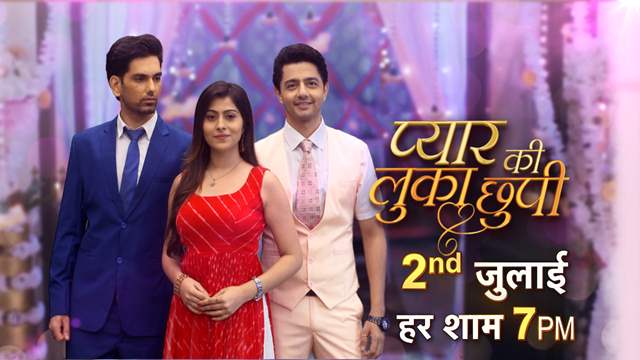 Returning to screen soon, viewers will now see Aparna Dixit as Srishti in a bold new avatar. Srishti is now ambitious, determined and successful with her career.  The series will also see a one year leap after Sarthak played by Rahul Sharma and Srishti part ways from their marriage. During this time, it has been Sarthak’s father who has been constantly by Srishti’s side encouraging her to not give up on her dream even while her marriage with his son has ended. Pyar Ki Luka Chuppi will also witness the entry of a new character with Alan Kapoor who will play a pivotal role.

On steadily moving back to normal, a channel spokesperson said, “We are very excited to resume airing of fresh episodes for our viewers. Over the past few months, we re-ran interesting shows like Ramayana, Baba Aiso Varr Dhoondo, Chandragupt Maurya, which kept our viewers engaged and entertained. Now that lockdown restrictions have been relaxed, we have begun shoots for our shows with all guidelines and norms being followed on sets. We will begin airing new episodes for Pyar Ki Luka Chuppi on July 2. The show will restart with a new turn of events that is sure to keep viewers gripped. We are also working towards launching  some more fresh content that will keep viewers entertained. We urge our viewers to stay safe and follow best practices while adapting to this new normal.”

Talking about getting back on the set to shoot for fresh episodes, Aparna Dixit who plays Srishti said, “As someone who is extremely passionate about acting, I missed being in front of the camera. I am very happy to be back on set with more caution than before. It is definitely a mixed feeling of excitement and nervousness to see how things will work out. These unprecedented times have taught us a lot as we continue to embrace the new normal by putting safety before everything else. But, the fact that we will get to entertain our viewers with our story is what I am most looking forward to. The audience has always showered us with love and supported us in our endeavour to entertain them. I am glad to know that we are amongst the first few ones to go on air with fresh episodes. This will definitely strengthen our bond with our audiences.”